Songs & Rhymes From the Netherlands

"This is a very short song and the word 'kapoentje' is a very old word with it's origin not necessarily being positive. Over time however, its meaning is believed to be more in the context of a nickname of sorts. When the song speaks of 'throwing' something in a shoe - it refers to the candy and gifts that the children hope to receive from Sinterklaas [in their shoes which they put out before bed for that purpose]. As you can see, the last word of every sentence in Dutch ends in tje or je - this is used when refering to someone or something little or small. Example: een kind - a child, een kindje - a little/young child. And when tje/je follows Sinterklaas for instance, it is to emphasize it is a nickname." -Francisca 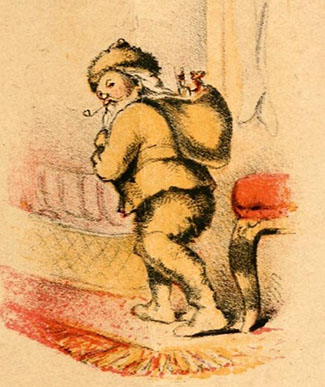 About the terms "Kapoentje" (from the song) and its root word "Kapoen":

According to the Dutch Wikipedia (I translate and paraphrase):

A kapoen (capon) is a castrated rooster. [Kapoentje comes from kapoen. Note that adding tje to a word in Dutch makes it a diminutive.]

Kapoen was a term of abuse in the 19th century. Kapoen Klaas was a famous (fictional) character who appeared in many cartoons. Kapoen Klaas, in stories from school, was fired from his boss. It went from bad to worse, and he finally ends up in jail. He kills once and finally he ends up under the guillotine.

One way or another, the name of Kapoen Klaas transferred to Santa Kapoentje . That was a celibate bishop just like a capon is celibate. This may have contributed to the association, but more important is probably that "schoentje" (shoe) rhymes with "kapoentje".

In addition, kapoen or kapoentje is the name for the ladybug regionally - specifically around Rotterdam.

In Flanders, kapoen stands for "rascal", hence it's the name of an age level in scouts.

The latter is why a Belgian man translated this song for us as, "Saint Nicolas Little Rascal" in the 1st translation.

Many thanks to F. S. for the recording! 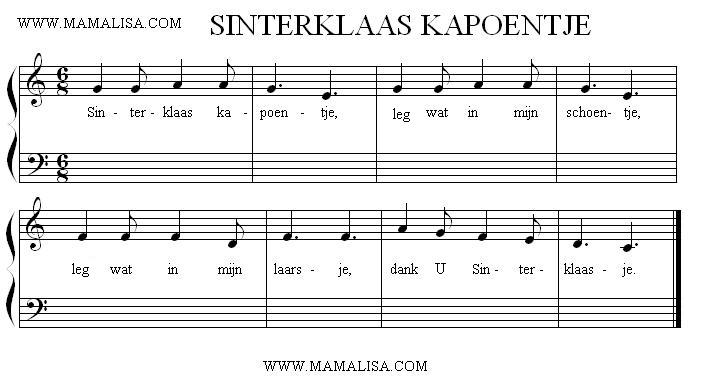 Many thanks to F.S. for contributing this Saint Nikolas Day song and translating the 2nd version. Thanks to Rudy Welvaert for the 1st translation.

Illustration from the 1864 edition of Clement Moore's poem, "A Visit from St. Nicholas".