A place for poems, songs, rhymes, and traditions from around the world for both kids and grown-ups to enjoy!
Advertisement
The Historical Relationship between Japan and Holland
July 25th, 2016 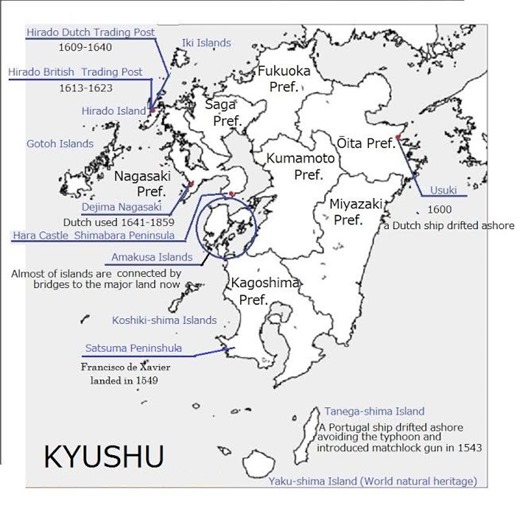 First of all, please keep in mind the historical background of the 15th to 17th centuries. These centuries were called "The Age of Great Navigation" of European ships. There was religious conflict among Catholic countries, Spain & Portugal vs. Protestant countries such as England & Holland. And Portugal was almost annexed by Spain in this period. And maybe you know about the landing in the New World of the Pilgrim Fathers in 1620. 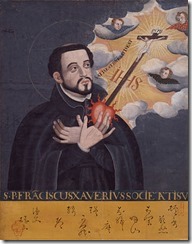 The first contact of Japan with a European country was in 1543 with the drifting ashore of a Portuguese ship on Tanega-shima Island (wiki link). Japanese people learned much about European culture through the Portuguese. Christianity, Catholicism and the introduction of the matchlock gun had much influence on the Japanese. The guns were used in Japan in civil wars in the 16th to 17th centuries.

In 1549, a Spanish Roman Catholic missionary, Francisco de Xavier (wiki link) landed on the Satsuma Peninsula, in the Kagoshima Prefecture.  After his landing, many European priests became active in missionary work in Japan. The Japanese Christian population rose to 600,000 in 1610, mainly on the Kyushu Major Island.

The first contact with Holland began in 1600. A Dutch ship called "De Liefde" (meaning The Love) drifted ashore in the Usuki Åita Prefecture. During the long voyage they lost many crew to starvation, cold and all kinds of illnesses. When the ship came to the coast, almost none of the ship’s crew could even stand up on the ship. So they were helped by the Japanese people to land on that coast. The pilot was Jan Joosten van Loodensteyn (wiki link), a Dutchman, and the navigator was William Adams (link), a British man.

The sickened crew was imprisoned at Osaka Castle on the orders of the Shogun Tokugawa Ieyasu. But Jan Joosten and William Adams were sent to Edo (Tokyo) for investigation. Shogun Ieyasu understood their situation through the interpretation of a Portuguese priest. The priest made a statement to Ieyasu that they are all pirates, so they should be condemned to death. But Ieyasu didnât believe the statement. On the contrary, the Shogun eventually made them revered diplomats, bestowed great privileges upon them and traded advisers. After the investigation, Jan Joosten lived near the Edo-Castle for many years and helped Shogun Ieyasu. 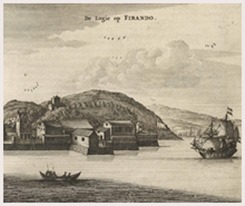 In 1609, a Dutch trader constructed a trading post on Hirado Island, in the Nagasaki Prefecture, with the permission of the Shogunate (wiki link). Jacques Specx was the first director of the post.

In 1640, they were ordered to move to Dejima Nagasaki, which was an artificially created island. The Shogunate had made a kind of false charge. It was really an unreasonable order by the Shogunate, but the director at that time, FranÃ§ois Caron reluctantly agreed to move.

Anyway the Shogunate had a political purpose to complete national isolation with the sole exception of Holland. The Shogunate also wanted to prohibit Christianity in Japan.

Jan Joosten wanted to trade with South-East Asian countries using a Japanese ship. In 1623, his ship sank and he died while returning to Japan.

There is currently a place near the Tokyo Station with the name "Yaesu" that comes from his name. It’s the site of where he lived with his Japanese wife.

The Shimabara Rebellion (wiki link) was an uprising in Kyushu lasting from December 1637 to April 1638. It largely involved peasants, most of them Catholic Christians.

In the wake of the Matsukura clan’s construction of a new castle at Shimabara, taxes were drastically raised, which provoked anger from local peasants and rÅnin (the samurai without masters). A charismatic 16-year-old youth named Amakusa ShirÅ (wiki link) was chosen as the rebellion’s leader.

The Tokugawa Shogunate sent a force of over 125,000 troops to suppress the rebels and, after a lengthy siege against the rebels at Hara Castle, defeated them.

On the attack of Hara Castle, the Shogunate troops requested aid from the Dutch, who first gave them gunpowder, and then cannons. Bombardment of the fortress commenced both from the shore with guns as well as with the 20 guns on the Dutch ship called de Ryp.

The Shogunate forces massacred almost 40,000 rebels, including women and children. Shiro was taken captive and executed after the castle was overtaken.

The result was a notification prohibiting the arrival of Portuguese ships in 1639, and it was decided that only the Netherlands could continue to trade with Japan.

That’s how in 1641, the Dutch were accommodated in the Dejima in Nagasaki, which had been an unoccupied since the expulsion of the Portuguese.

Dejima was a small fan-shaped artificial small island built in the bay of Nagasaki in 1634 by local merchants. Dejima was built to constrain foreign traders as part of âsakokuâ, the self-imposed isolationist policy. Originally built to house Portuguese traders, it was used by the Dutch as a trading post from 1641 until 1853. 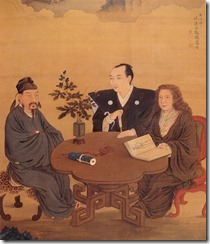 Rangaku (wiki link) is a body of knowledge developed by Japan through its contacts with the Dutch enclave of Dejima, which allowed Japan to keep abreast of Western technology and medicine in the period when the country was closed to foreigners (1641â1853) because of the Tokugawa shogunateâs policy of national isolation (sakoku).

Philipp Franz Balthasar von Siebold (wiki link), a German physician and botanist came to Dejima in 1823 and pretended to be Dutch. He stayed in Japan until 1830.

He achieved prominence through his studies of Japanese flora and fauna and the introduction of Western medicine in Japan.

He was the father of the first female Japanese doctor Kusumoto Ine (wiki link).

Here are some Japanese words of Dutch origin

The name Dontaku is derived from the Dutch word Zondag meaning "Sunday" or "a holiday." The Dontaku Festival started in 1179 as a New Year performance known as matsubayashi. In the Edo Period (1603-1867), it evolved into a parade headed by people dressed up as auspicious gods.

Many thanks to Sadao Mazuka for teaching us about Japan’s historical relationship with Netherlands! -Mama Lisa

This article was posted on Monday, July 25th, 2016 at 7:11 pm and is filed under Countries & Cultures, Japan, Netherlands. You can follow any responses to this entry through the RSS 2.0 feed. You can leave a response, or trackback from your own site.