A place for poems, songs, rhymes, and traditions from around the world for both kids and grown-ups to enjoy!
Advertisement
How to Make a Paper Hat
February 27th, 2019 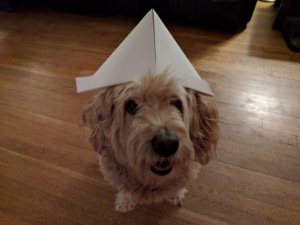 We have some songs about hats on Mama Lisa’s World, so we thought it would be nice to show how to make paper hats. Then you can make them with your children or students and sing the songs.

The hat songs are:

My Hat It Has Three Corners – In Many Languages

Directions to Make a Paper Hat

1. Get aÂ  large rectangular piece of paper. You can even use a page from a newspaper or a coupon flyer from a store. At the top of this post you can see my dog Mango in a hat made with a piece of paper that was 11 x 14″ (~28 x 35.5 cm). That hat would fit a little kid. For older kids you should get a bigger piece of paper or use a newspaper. 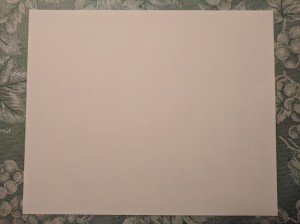 2. Fold the paper in half lengthwise. 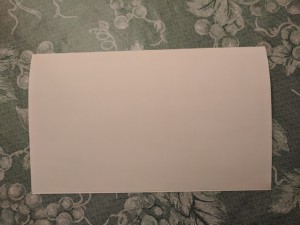 3. Fold the paper in half widthwise. 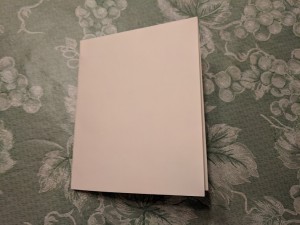 4. Open the paper from the last fold. You’ll now see a crease. Fold over the left corner to the crease. 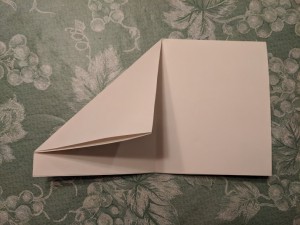 5. Fold over the right corner to the crease. 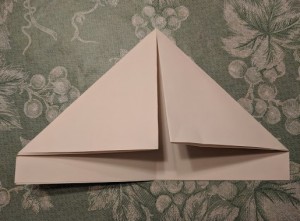 6. Fold up the bottom part of the paper on one side. 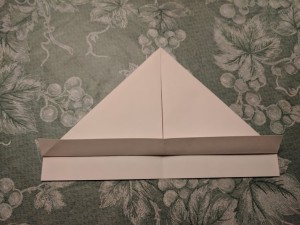 7. Fold up the bottomÂ part of the paper on the other side. 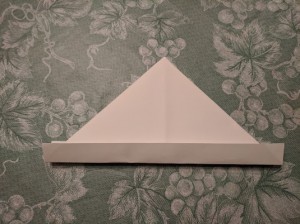 8. Open the hat from the bottom. 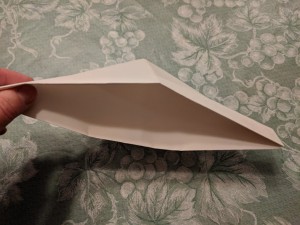 Now you have a paper hat! 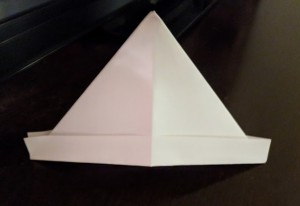 An easy way to make a bigger hat is to use a page from a newspaper or a coupon flyer.Â For the hat made of newspaper inÂ the pic below, I used a 16 x 21″ page of a flyer. You can see it’s much bigger! 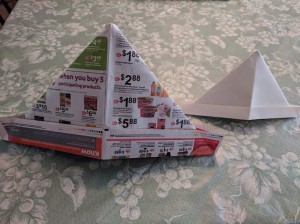 This article was posted on Wednesday, February 27th, 2019 at 10:07 pm and is filed under Arts and Crafts, Belgium, Countries & Cultures, England, English, France, Germany, How to Make a Paper Hat, Languages, Mama Lisa, Netherlands, Spain, USA. You can follow any responses to this entry through the RSS 2.0 feed. You can skip to the end and leave a response. Pinging is currently not allowed.