Here are some other verses that can be sung as part of this song:

Ah poor bird
Take thy flight
Fly above the sorrows
Of this sad night.

I saw your listing of the lyrics of this song, and see that you have a common mistranscribed version caused by mishearing old English words.

"The lyrics originally are:

In this original version, the word 'marry' is used in the archaic meaning of 'indeed'. The word 'an' is old English for 'if'.

Clearly as language changes, people lost the old meaning of 'marry' and so 'red' becomes 'wed' as it seems more logical if a marriage is the topic of conversation.

So the song was originally about a flower blooming, and if the singer paused a while, they might see it.

But songs (and language) change over time through the oral tradition. Thought you might be interested in an older version." 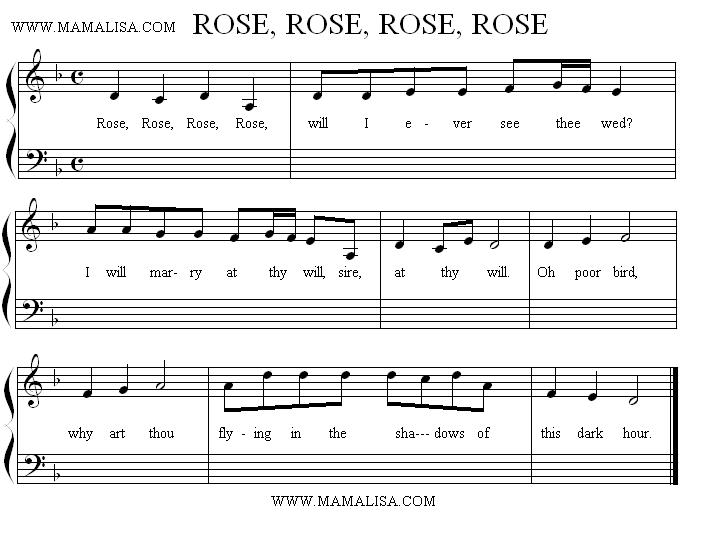 Thanks to Joel for commenting on this song!