A place for poems, songs, rhymes, and traditions from around the world for both kids and grown-ups to enjoy!
Advertisement
The Wicked Zebra – A Poem with Recording
November 12th, 2012 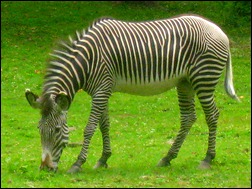 MP3 Recording of The Wicked Zebra

The zebra always seems malicious, He kicks and bites ‘most all the time; I fear that he’s not only vicious, But guilty of some dreadful crime.

The mere suggestion makes me falter In writing of this wicked brute; Although he has escaped the halter, He wears for life a convict’s suit. 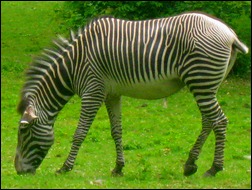 Photos:  Taken by Mama Lisa at the Bronx Zoo in New York

This article was posted on Monday, November 12th, 2012 at 5:27 pm and is filed under Canada, Countries & Cultures, England, English, Languages, MP3's of Poems, Photos, Photos of Animals, Poems, Poems about Animals, Poetry, Recordings, Recordings of Poems, USA, Zoo Photos. You can follow any responses to this entry through the RSS 2.0 feed. You can leave a response, or trackback from your own site.