A place for poems, songs, rhymes, and traditions from around the world for both kids and grown-ups to enjoy!
Advertisement
Now that’s a flag!
June 28th, 2011

The Isle of Man has the most interesting flag… 3 running legs in the shape of a wheel! 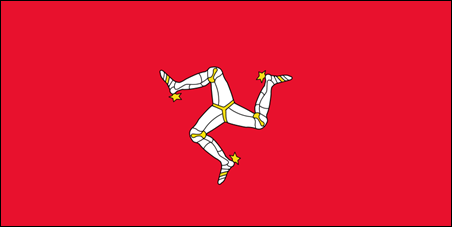 Here’s what Wikipedia says about it:

The flag of the Isle of Man… is a triskelion, composed of three armoured legs with golden spurs, upon a red background. It has been the official flag of Mann since 1931 and is based on the Manx coat of arms, which dates to the 13th century. The three legs are known in Manx as ny tree cassyn ("the three legs"). The triskelion is an ancient symbol, used by the Mycenaeans and the Lycians. It is not known for certain why the symbol was originally adopted on the Isle of Man. Before its adoption in 1931, the official flag of the Isle of Man was the Union Flag.

This article was posted on Tuesday, June 28th, 2011 at 9:29 am and is filed under Countries & Cultures, Isle of Man, Languages, Manx Gaelic. You can follow any responses to this entry through the RSS 2.0 feed. You can leave a response, or trackback from your own site.