A place for poems, songs, rhymes, and traditions from around the world for both kids and grown-ups to enjoy!
Advertisement
How to Make Mummy Frankfurters
October 31st, 2013

All you need to make them is one package of your favorite frankfurters and one roll of Pillsbury Crescents (normally used to make croissants). 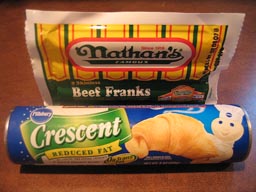 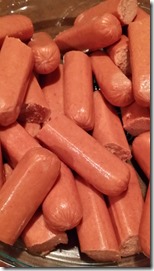 3. Unroll the crescent dough and cut long strips of dough about 1/2 inches wide. 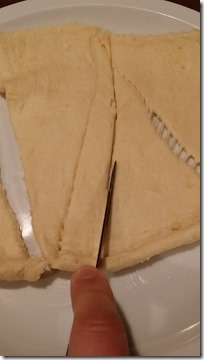 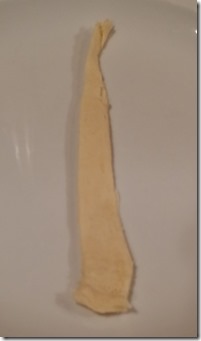 3.  Take the piece of dough and wrap around a piece of frankfurter like a mummy, leaving a space for where the mummy’s face will be. 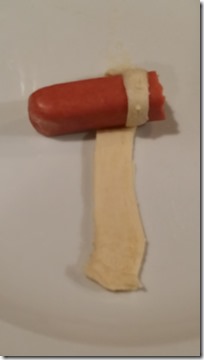 4.  Heat Mummy Franks in the oven on cookie sheets until golden brown, about 10 â 12 minutes. 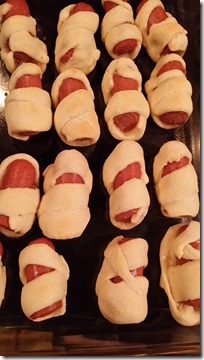 5. When they’re done, put them on a tray.  You can give them little eyes made out of mustard or ketchup, if desired, by using a toothpick to make two little dots in the mummy’s "face" area. 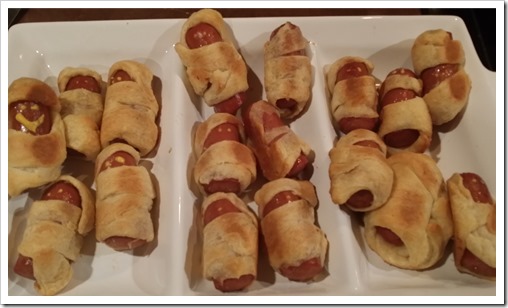 You can also make large versions of mummy franks.  Instead of cutting the franks in half, leave them whole. Slice the bottom part to make legs and slice arms from the sides.  Then wrap long strips of dough around the mummy frank’s body, legs, arms and head.  You can get a good idea how to do this in the image belowâ¦ 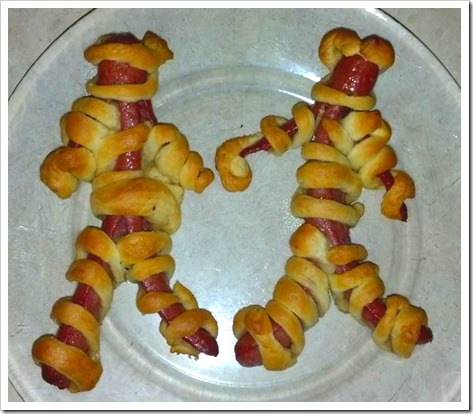 Many thanks to Bridgette Schultz Volpi for sharing her photo of large Mummy Franks!

This article was posted on Thursday, October 31st, 2013 at 5:00 pm and is filed under Countries & Cultures, England, Halloween, Halloween Recipes, Holiday Recipes, Holidays Around the World, Mummy Franks, Recipes of the World, USA. You can follow any responses to this entry through the RSS 2.0 feed. You can skip to the end and leave a response. Pinging is currently not allowed.