This is a children's nursery rhyme song that is sung while walking in a circle. This is the kids song in Israel! 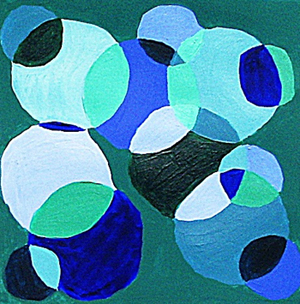 Muriel wrote from France about this rhyme: "Circle isn't the proper translation for 'ouga' in the first line. Ouga should be Cake (Gâteau in French) as if a round cake (gâteau) was going round and round."

I came up with the following translation to go with the "cake" theme (keeping in mind that it's a circle game). -Mama Lisa

Julie wrote, "For the song, Uga Uga, yes uga means a cake, 'ad asher nimtsa makom,' means 'until we find a place' (to sit down, to stand up, etc).

Julie wrote, "I looked it up and my dictionary does give the word 'Uga' as meaning cake and circle. My Israeli husband didn't know that, so I think it's kind of obscure. Thanks for sharing!" 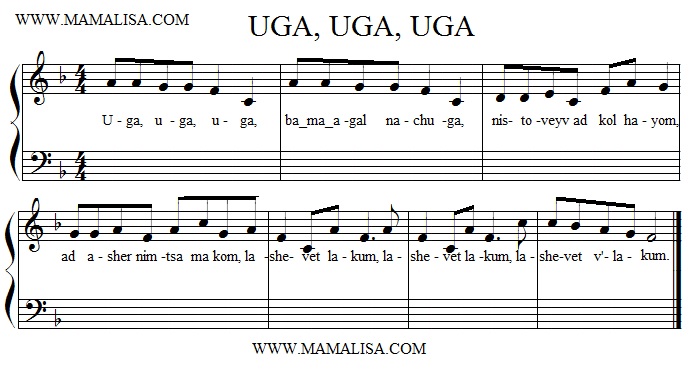 Many thanks to Ken Jaffe for contributing this song and to Marina Dodzina and her daughter Miriam (native-Hebrew speaker) for the Hebrew text. Thanks also to Muriel for her input on the meaning of "Uga". Many thanks also to Julie Danan and Yael Polat for their help.

Thanks to Gracie Gralike for sharing her drawing of Circles!