A place for poems, songs, rhymes, and traditions from around the world for both kids and grown-ups to enjoy!
Advertisement
Purim around The World
February 23rd, 2021

Our correspondent Joanie Calem wrote us about the Jewish holiday Purim.Â Joanie is a musician, singer/song-writer, and teacher. She moved to Israel when she was 15 and and lived there for 23 years. Now she lives in the US and is involved in music and story programs for children including one called, âA Musical Trip Around the World”â¦ 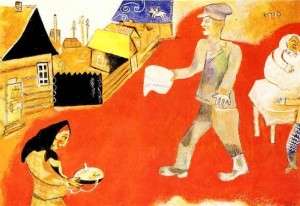 Purim is a holiday that comes in the Hebrew month of Adar, which is generally in February or March. Purim celebrates the story of the Jewish people of ancient Persia as told in the Book of Esther, (Megillat Esther) in the Tanach, the Hebrew Old Testament. 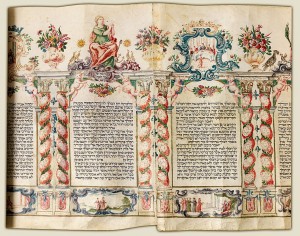 There are four central traditions for the holiday: reading the Purim story, bringing charity to people in need, bringing plates of special treats to friends and relatives, and having a large fun feast! 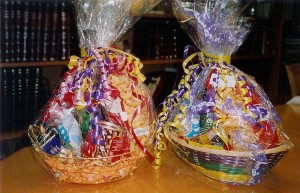 And Purim is truly a fun holiday, with different ways to fulfill those four traditions, depending on where people grew up. Jewish people from both Eastern Europe and the Mediterranean countries, known as Ashkenazi Jews (Europe) traditionally dressed up in costumes, and often acted out the Purim story in plays called Purimshpiel. On the first night of the holiday, people would come to synagogues in their costumes and bring noise-makers, often known as âgroggersâ. At the synagogue, the congregation would gather to read the Book of Esther, and every time the name of the âbad guyâ Haman, (who plotted to do away with the Jewish people) was mentioned, the congregants would yell, âBoo!â and shake their noise-makers. 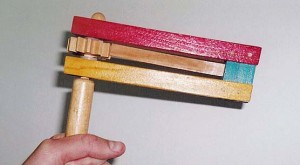 Sephardic Jews from Mediterranean and Northern African countries would also come to the synagogue on the second night of the holiday, and that night would tell the story in their local language, like Ladino, a language that was a mixture of Spanish and Hebrew, or Judeo-Arabic, a mixture of Hebrew and Arabic. Instead of Purimshpiel, they would write Purim Coplas, long poems in Ladino, that would be recited and acted out. In Israel, there used to always be big parades with floats of different Purim story characters and people in costumes. Ethiopian Jews also celebrated by telling the story, but in Amharic. They would dress all in white, with costumes of the different characters from the Purim story.

Of course the holiday has lots of special treats! Ashkenazi Jews make special cookies, called hamantaschen, which are triangle shaped cookies that are filled with sweet fruit, poppy seeds, or chocolate. They are triangles, because supposedly Haman (the evil character!) wore a triangular hat. 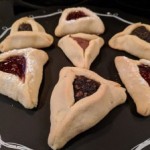 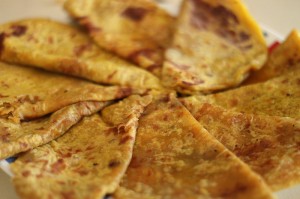 Everyone shared these treats with their friends, and prepared plates of sweets and fruit (mishloach manot) to give to both their friends and the poor. Brides and grooms would send trays of sweets to their families. People sent special gifts of money to those in need.

And everyone would sing Purim songs!! The idea is to celebrate that evil did not win with merry-making, so it is a raucous, silly holiday where children are allowed to be noisy!

Many thanks to Joanie Calem for sharing the traditions and music of Purim with us!

Some Purim Songs Joanie has sung and posted on YouTube:

Image 5: Puran PoliÂ by GaneshDatta at English Wikipedia, CC BY 3.0.

This article was posted on Tuesday, February 23rd, 2021 at 7:52 pm and is filed under Countries & Cultures, Holidays Around the World, Israel, Mama Lisa, Purim, USA. You can follow any responses to this entry through the RSS 2.0 feed. You can skip to the end and leave a response. Pinging is currently not allowed.