A place for poems, songs, rhymes, and traditions from around the world for both kids and grown-ups to enjoy!
Advertisement
Tu BâShvat – Arbor Day in Israel
January 27th, 2018 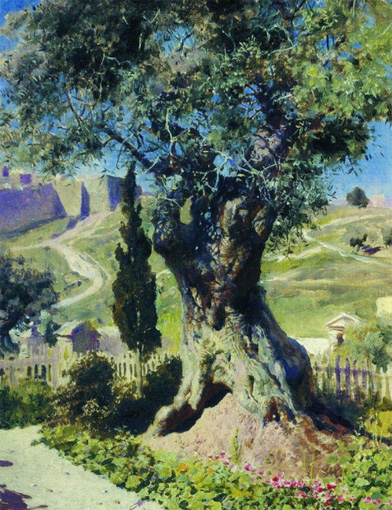 Joanie Calem sent us this article about the Arbor Day holiday and music in Israel. Joanie is a musician, singer/song-writer, and teacher. SheÂ moved to Israel when she was 15 and and lived there for 23 years. Now she lives in the US and is involved in music and story programs for children including one called, “A Musical Trip Around the World…”

Tu BâShvat is the Israeli/Jewish Arbor Day, celebrated by tending to and planting trees. It is a day for celebrating our interconnectedness with, and responsibility for, the environment around us.

This holiday originated in the ancient land of Israel, where the people knew how important trees were to the entire natural system. The holiday is on the 15th day of the month of Shvat, which in the Hebrew calendar generally falls in January or February. This year, Tu B’Shvat starts onÂ Tuesday, January 30th.Â Though that is obviously still winter in North America and many European countries, in Israel it is the beginning of spring. The almond trees in Israel begin to bloom around this time of the year with their pink and white flowers.

An ancient way of celebrating the holiday was to create a meal based on the seven fruits and vegetables that are mentioned in the Old Testament, in Deuteronomy, 8.8, âA land of wheat, and barley, and vines, and fig trees and pomegranates; a land of olive oil and honey.â (Honey is usually thought to be date honey, as dates have always grown naturally in the region.) In this song by Joanie Calem, some of the symbolism of each fruit is given. 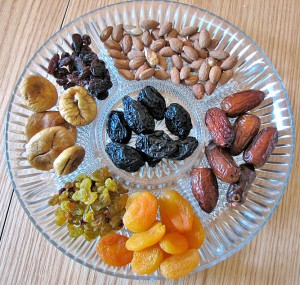 Tu BâShvat is also known as the birthday of the trees. In Israel, school children go out for a field day of planting saplings all around their towns. An old traditional folk song from Europe was sung about the olive trees, called The Olive Trees Are Standing, (Atzei Zeitim Omdim.) This version, by Joanie Calem, includes many of the other trees native to Israel, like almond trees, oak trees, palm trees, and pine trees.

Children stand still in the shape of the various trees while the Hebrew or English words are being sung, but move like the wind while the song sings âla la la,â rooting themselves once again as soon as the name of the tree is sung again.

Visit Joanie Calem’s siteÂ and her YouTube Channel to listen to more of her joyful music! There you can also purchase her book called The Olive Trees are Standing.

Another Site:Â Songs and Dances for Tu Bishvat

Many thanks to Joanie Calem for writing this post and for sharing her music with us!

This article was posted on Saturday, January 27th, 2018 at 8:43 pm and is filed under Arbor Day, Countries & Cultures, Hebrew, Holiday Songs, Holidays Around the World, Israel, Languages, Mama Lisa, Tu BâShvat. You can follow any responses to this entry through the RSS 2.0 feed. You can skip to the end and leave a response. Pinging is currently not allowed.