Songs & Rhymes From the Gambia

Del wrote, "A traditional children's song about an ostrich… It took me ages to find the 'Ostrich' song, even adults had forgotten about it, and ostriches used to live in Gambia!" 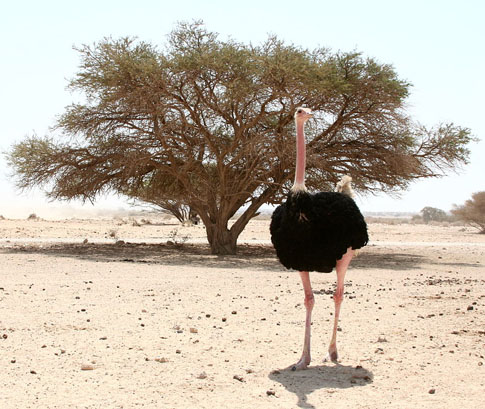 Praise to the bird, the little king,
The bird with a sweet voice,
Ostrich bird, bird with a long neck
Let us stroll together with goodness.

Praise to the bird, the little king,
The bird with a sweet voice,
Ostrich bird, bird with a long neck
Let us stroll together with goodness.

Originally, I couldn't get the character "ŋ" in the text . When I asked Del in The Gambia about it, she wrote, "The funny n letters sound like 'ng' but writing them as an 'n' will do. Mandinka has only become a written language in the past 20 - 30 years, so they use that symbol for the ng sound..." I thought that was an interesting comment, which is why I include it here, even though we figured out how to show the character for "ŋ".

Delyth, who recorded the videotape on this page, wrote: "The Gambia, West Africa, is one of Africa's smallest countries. It has a tropical climate. It is one of the poorest countries in the world, but is fairly stable. Because of colonialism, the language taught in schools is English, but I try and encourage the children to use their local languages as much as possible. Although small, it is home to diverse ethnic groups, the largest being Mandinka, then Wolof, Jola, Fula and Manjargo, as well as others.

I started the YouTube channel because I am very interested in Gambian traditions, and wanted to preserve as much as I could… Most of the stuff is in Mandinka, but I have some Jola songs which I videoed when local boys were tilling the ground near me, they're lovely, but I haven't got them translated yet. I am gradually going to build up more children's songs, and also their games, I have three videoed already. There is always a problem in writing the songs down, because most Gambians cannot write in their own language, as these languages have only fairly recently become a written language. But I have online dictionaries, and try my best. The translations I get by asking as many people as I can what it means, and picking the ones which most can agree on."

Please let us know if you think this video has been taken down by YouTube.
Thanks!
Thanks to Delyth Dallimore for videotaping this song!

Many thanks to Delyth Dallimore for contributing this song and for the translation!