"This is a very old children's song. I remember everyday at nursery school, we always sang this song while clapping our hands and making a queue to handshake and say 'good bye, good afternoon and see you tomorrow' to our teacher." -Lin

The first two lines have no meaning so we left them untranslated. 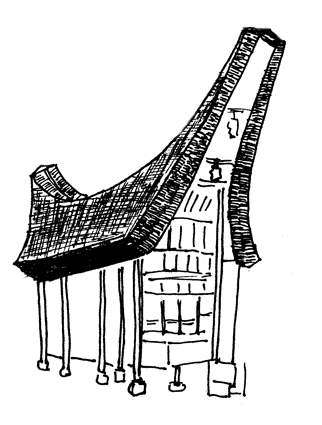 About the First 2 Lines:

According to "An Indonesian-English Dictionary" (1989), by John M. Echols and Hassan Shadily:

"Sipaku gelang" is a "traditional bangle worn by brides."

"I don't know the actual meaning of 'Gelang sipaku gelang Gelang si rama rama'. I could guess the words' meanings, but when they all come into a sentence, it seems like no sense at all…

Gelang = bracelet (probably, since the word has a different pronunciation)
Paku = nail (like nail and hammer)
Rama-Rama = Butterfly"

"The song is usually sung together by nursery school students, at the end of their school day. They sing it over and over while preparing their school bags and then they take a queue to shake their teachers' hands and leave the classroom. Usually they still sing it outside the classroom until they meet their parent/relative/nanny who is waiting for them." -Lin

"I've been listening to the song, trying to decipher it the best I can. It's in the Kamus Dewan 4th Edition (Malay dictionary).

Paku might be a simile/metaphor to say 'you're strong, berisi etc'.

Rama-rama might be a substitute to birds; 'free as a bird'.

I think the song talks about freedom."

Fang sent us a link to this page that says: "The most common translation is that 'Gelang' means 'bracelet'/'ring' and is related to the word 'Geylang', an area in Singapore (e.g. in forums and children's website). But as is the case of folk songs, this translation is not entirely definitive. I'd like to offer another reading here: that 'Gelang' is a species of creepers and 'sipaku' is a non-flowering fern of the species."

Many thanks to Innosanto Nagara for the mp3.

Please let us know if you think this video has been taken down by YouTube.
Thanks!
Many thanks to Innosanto Nagara for videotaping this song for us! 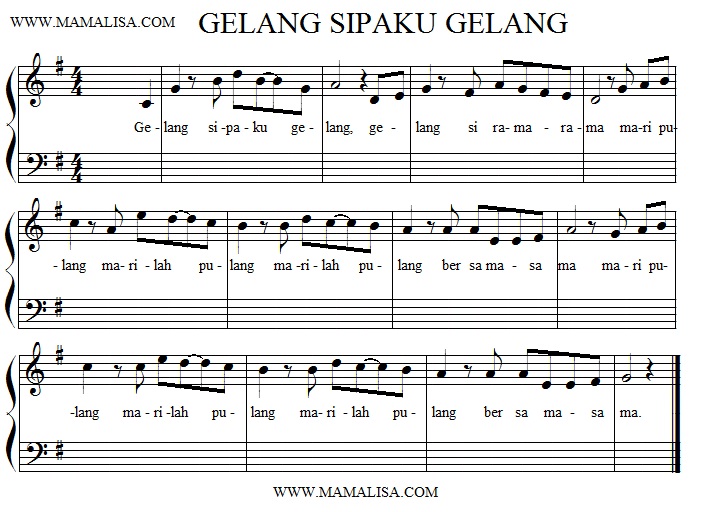 Many thanks to Lin Fadelan for contributing and translating this song and for commenting on it. Thanks to Adam Koh for writing about the meaning of some of the words in this song. Thanks to Monique Palomares for the illustration.