"L'uomo nero" is the bogeyman. In Italian, the phrase literally translates to "black man" because he's dressed in a long black coat with a hood hiding his face. ("Black man" has no rascist connotations.) "L'uomo nero" doesn't usually harm kids, but he does take them away to a scary place. In this lullaby, he takes them away for a year.

I asked Emanuela Marsura, an Italian teacher, about the "l'uomo nero" (black man). Here's what she wrote:

"Our 'black man' (l'uomo nero) is a character of fantasy that every mother and father mentions to his child to persuade him he has to go to sleep or eat without a tantrum. We also have a game about 'l'uomo nero'.

Every child imagines the black-man in a different way, but certainly scary, dark. Mom and Dad say that the black man can take away the children."

Toni MacNeish sent us another version of this lullaby: 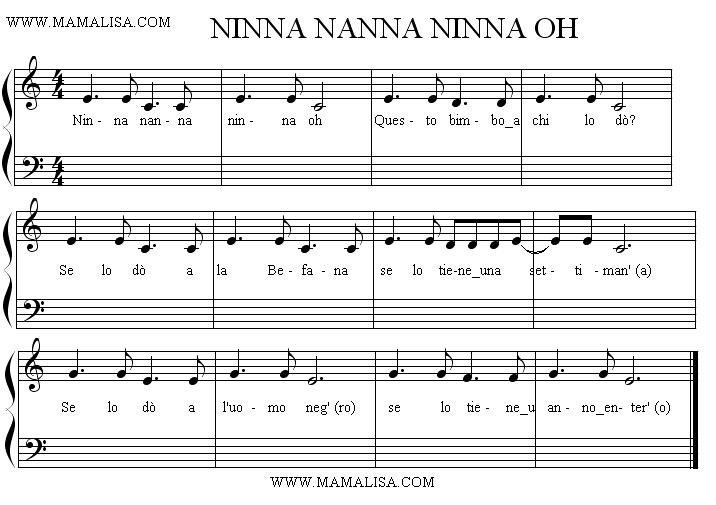 Many thanks to Sandrine Quinchon for contributing this song. Translated by Monique Palomares and Lisa Yannucci.

Many thanks also to Toni MacNeish for the second version of this song.

Thanks to Emanuela Marsura for commenting on this song.