A place for poems, songs, rhymes, and traditions from around the world for both kids and grown-ups to enjoy!
Advertisement
Two Girls Fooled the World with Photos of Fairies (including the author of Sherlock Holmes)
December 30th, 2012 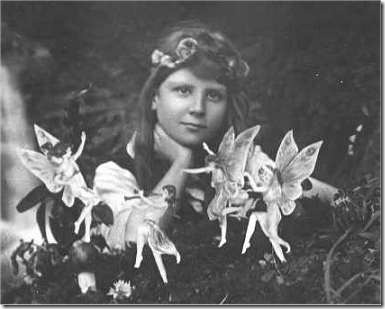 Towards the end of WWI two cousins, young girls, took photos with fairies they said they had met.  Later they admitted they faked the photos.   Yet many people at the time believed they were real, including the author of the Sherlock Holmes stores, Sir Arthur Conan Doyle! 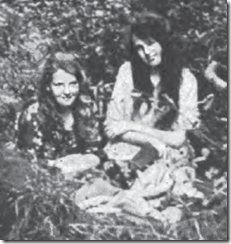 The fairies came to be called the "Cottingley Fairies".  They appear in a series of five photographs taken by the two cousins, Elsie Wright and Frances Griffiths (photo at the right) who were living in Cottingley, England. The 1st two were taken in 1917, when Elsie was 16 years old and Frances was 10.

The cousins used to go to the stream at the end of their garden.  Frances would often fall in the stream and come home wet.  Finally, one time her mother asked her why she came back wet all the time.  Frances claimed she was talking to the fairies.  To back up Frances’ story, her older cousin Elsie took out her father’s camera and created the first photo of Frances with the fairies (the 1st photo at top).

A month later they photographed the 2nd photo of Elsie with a  Gnome, shown below. 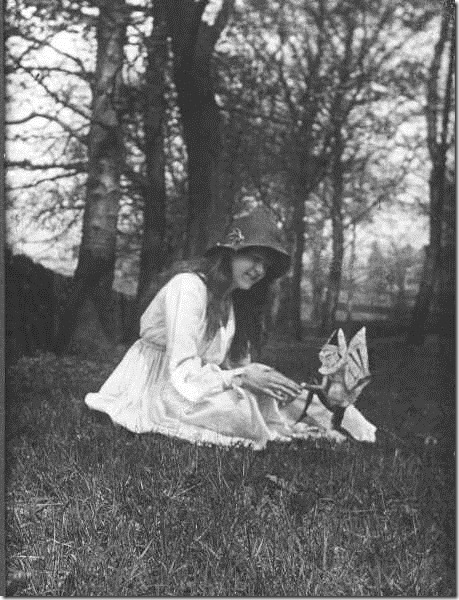 Sir Arthur Conan Doyle, author of the Sherlock Holmes detective stories, was amazed by these 2 photos and took them to be evidence of the supernatural. His wife had died in 1906 and his son, his brother, his two nephews and two brothers-in-law had all died in the years around WWI.  He desperately wanted to believe in supernatural spirits and life after death.

Doyle wrote about and published the two photos in The Strand Magazine in 1920.  He told the world they were real.  Some people believed they were and some didn’t.

Doyle was able to procure a camera for the girls to take more photos.  They took the next three photos.  Francis and the Leaping Fairyâ¦ 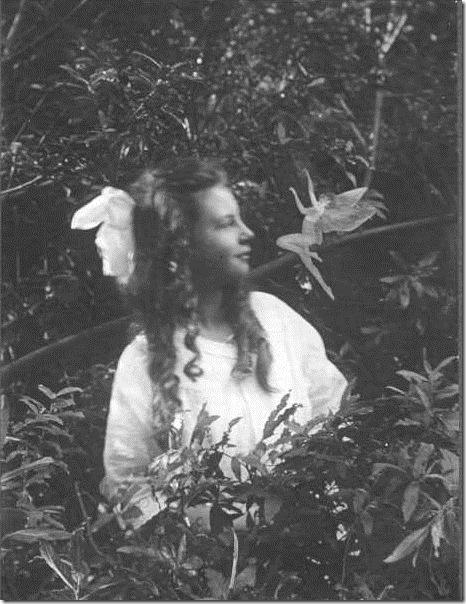 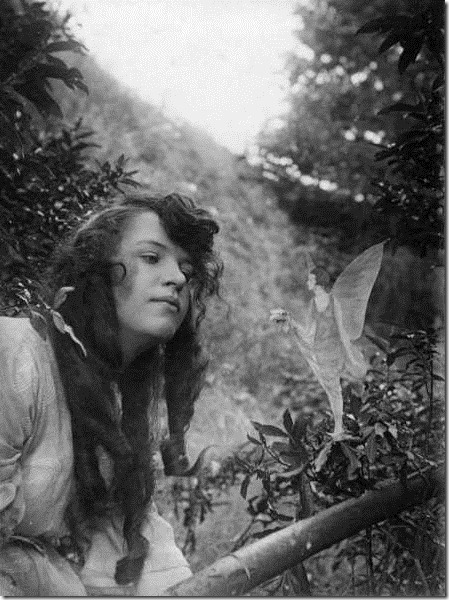 And the last photo, Fairies and Their Sun-Bathâ¦ 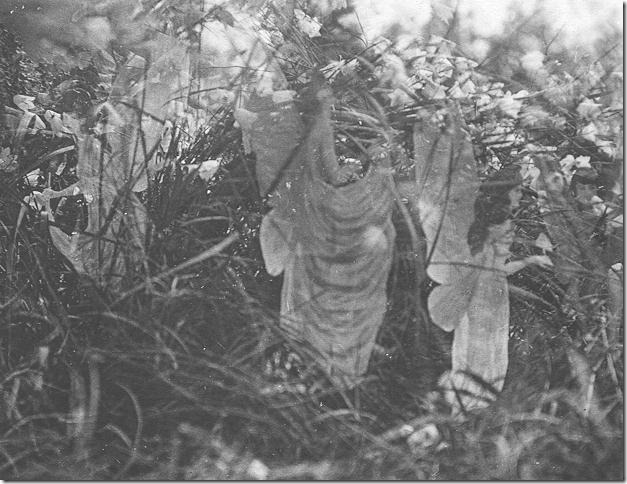 Doyle also wrote a book called, "The Coming of the Fairies" (1922) giving his arguments why he thought the photos were real.

Doyle died in 1930.  Yet for years after his death the girls continued to claim the photos were real.

In 1982, Geoffrey Crawley, editor of the British Journal of Photography decided to do a scientific study to see if the photos were real.  He determined that the camera the girls said they used to take the photo couldn’t have produced a picture with that quality.  From that it was determined that the image wasn’t the original print.  On the negative plate, he found evidence that the picture was manipulated.

Finally in 1983, after Crowley published his findings, the cousins admitted the photos had been faked.

They said they created them after being teased by the adults about claiming to see fairies. Here’s what they did: Elsie copied an illustration of fairies (see below) onto cardboard from a book called Princess Mary’s Gift Book (1914). She added wings to the fairies.  Then she cut out the figures and stood them up in the grass with hatpins to take Frances’ picture with them.  The idea was that the adults would have to stop teasing them about fairies after seeing the photo. 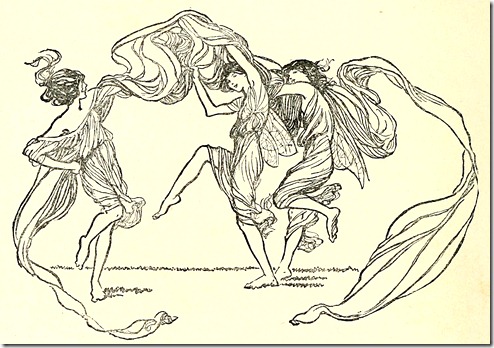 Once Sir Arthur Conan Doyle put his support behind the photos, the cousins felt they couldn’t debunk the story.

Here you can see part of an interview of the cousins about the picturesâ¦.

Even though the cousins admitted the photos were fake, Frances still believed there were fairies at the bottom of the garden near the stream.

Photography was new in those days so it was harder to prove fake photography.  If people want to believe something, I guess they’ll find ways to justify it.  It’s just so amazing that two girls were able to fool so many people, including the supposedly analytical creator of Sherlock Holmes!

PS Perhaps the girls were influenced by the poem called Fairies by Rose Fyleman.

This article was posted on Sunday, December 30th, 2012 at 5:45 pm and is filed under Arthur Conan Doyle, Authors, Books & Stories, Countries & Cultures, England, Fairies, Folk Lore, Photos, Sherlock Holmes, United Kingdom. You can follow any responses to this entry through the RSS 2.0 feed. You can skip to the end and leave a response. Pinging is currently not allowed.