A place for poems, songs, rhymes, and traditions from around the world for both kids and grown-ups to enjoy!
Advertisement
The Online Children’s Book, "Our Children" ("Les enfants") by Anatole France
May 7th, 2009

Project Gutenberg just released an online version of Anatole France’s book "Les enfants" in English.  It’s called "Our Children", which is a collection of little stories for kids.  It has some lovely illustrations.

I read a couple of stories from it to my daughter yesterday and she enjoyed them.  The book is from around 1886.  So I think it was interesting for her to see how they lived then.  The first story, Fanny, is about a little girl visiting her grandmother.  Her grandmother cooks by the hearth and the little girl carries a pocket knife to cut her food.  It’s very quaint!  Here are some of my favorite illustrations from the story. 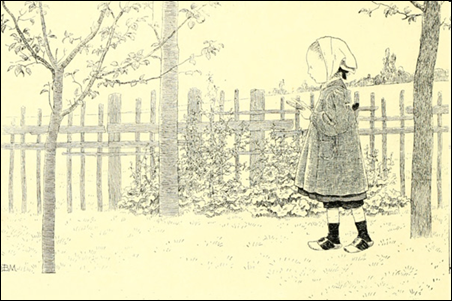 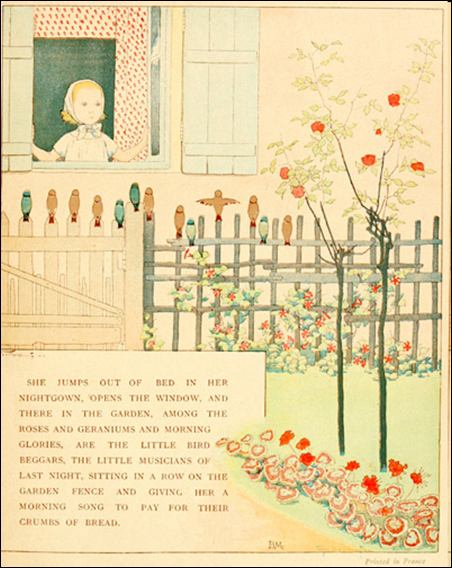 Some of the stories have ideas that we might find a bit different in today’s day and age.  There’s the story called The School. It starts out with an interesting idea, even if the way these children comport themselves in school would be stiff by today’s standards – at least in the US…

I declare I believe Miss Genseigne’s school is the best school for girls anywhere in the world. I maintain that those who believe and say the contrary are false and misleading. All Miss Genseigne’s scholars are well-behaved and diligent. There is nothing so pleasant as to see them, with their little stiff bodies and their heads so erect. You would say they were so many little bottles into which Miss Genseigne was pouring knowledge.

The last story in the book is called The Little Sea Dogs.  It’s about children whose relatives are sailors.  They’re waiting for them to return from sea. 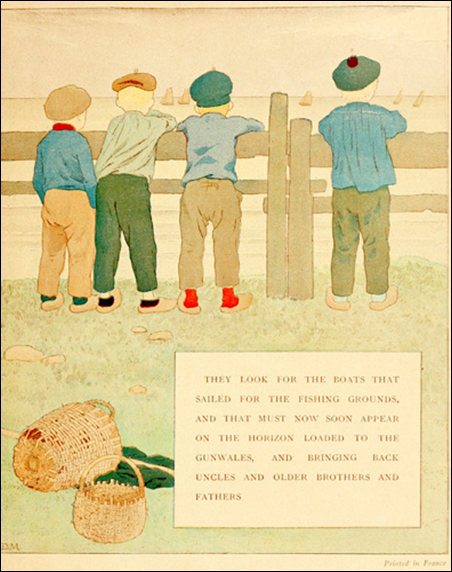 This story reminds us of how much harder life was in those times.  It ends by discussing the fickleness of the weather.  A storm can capsize a ship, leaving women widowed.  Sad ending, but it’s important for children to know that we generally live in a safer, more comfortable world than ever before.

The book Nos enfants is online in French too.  I found that one a bit difficult to navigate. Perhaps it might be easier to check out the text only version of Nos enfants in combination with the English version that has the illustrations.

This article was posted on Thursday, May 7th, 2009 at 3:58 pm and is filed under Anatole France, Authors, Books & Stories, Childrens Stories, Countries & Cultures, England, English, France, French, Languages, Nos enfants, Online Books. You can follow any responses to this entry through the RSS 2.0 feed. You can skip to the end and leave a response. Pinging is currently not allowed.

3 Responses to “The Online Children’s Book, "Our Children" ("Les enfants") by Anatole France”