A place for poems, songs, rhymes, and traditions from around the world for both kids and grown-ups to enjoy!
Advertisement
The Grand Prix of Nautical Jousting in France
September 11th, 2020 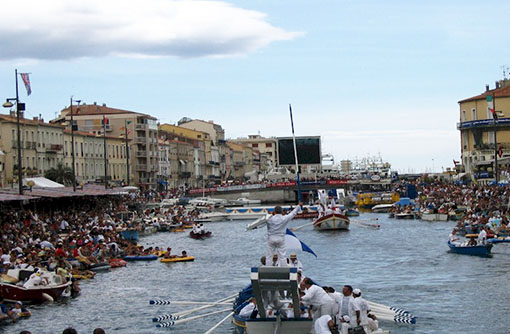 The first tournament of its kind was held in 1666 to celebrate the inauguration of the port in SÃ¨te. It’sÂ celebratedÂ around St. Louis’ Day in honor of Louis XIV.Â SÃ¨te was of great strategic importance to the king. HeÂ wanted to make it a fortified port against English attacks at the time.Â  This is why the first tournament was celebrated for the inauguration of the port and on St Louis day, during the reign of Louis XIV. 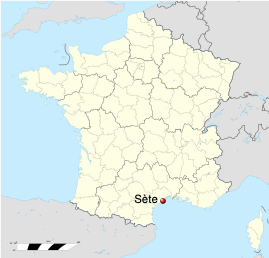 The nautical jousting tournament of St. Louis takes place over 6 days in the royal canal. It’s the most important event in the sport, a non-official championship!

Nautical jousting is played between two teams. Each team has a heavy boat. One boat is blue and the other red. 8 â 10 rowers power each boat and a helmsman steers it. The helmsmen are called “timoniers patrons” in French (boss helmsmen)! 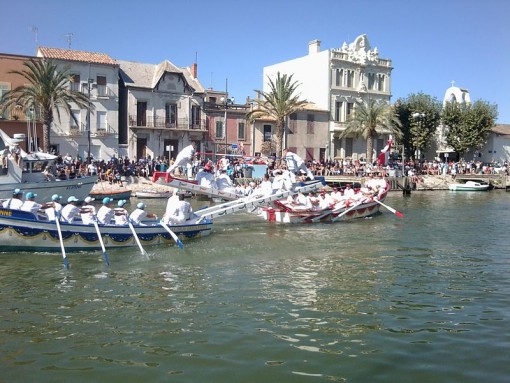 Music is an important part of the jousts. Each boat is allowed two musicians aboard who play an oboe and drum. They set the pace for rowing. They also punctuate the actions of the jousters. You can hear the tune they play when they charge here. (Hear more of the music played here.)

The jousters (jouteurs in French) stand on a platform that juts out about 9 feet over the water at the end of each boat. The platform is called the tintaine. Each jouster is equipped with a lance and shield and is dressed in white.

The 2 boats face each other, and the rowers propel the boats towards the other boat. Then the boats brush up against each other on the right so that each jouster can make a “pass” at the other jouster. The objective is to knock the opponent into the water. The winner is the one who stays on his platform at the end of the “pass”. If the two jousters fall in the water, both are disqualified. 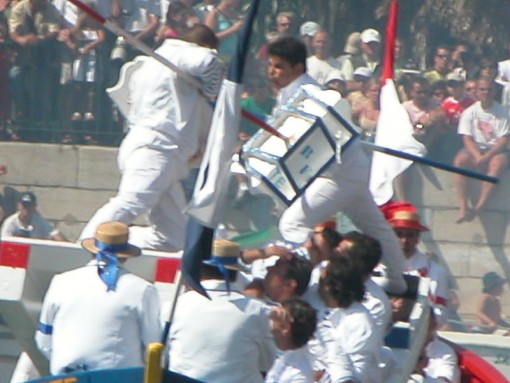 The jousters who have knocked 3 opponents into the water go unto the final phase of the tournament. In that phase each jouster has to knock their opponent into the water to stay in the game. This goes on until there are only two jousters left. In the final confrontation, if both jousters fall into the water, the winner is the one who touched the water last.

Nautical joustingÂ exists in this form in a few other towns near SÃ¨te. There are other forms ofÂ the sport practiced elsewhere in France, and also in Germany and Switzerland.

You can read about the tournament in French here and here.

Thanks to Monique Palomares from Mama Lisa’s World in French for helping with the historical details.

This article was posted on Friday, September 11th, 2020 at 3:11 pm and is filed under Countries & Cultures, France, Holidays Around the World, Jousting Competition, Mama Lisa. You can follow any responses to this entry through the RSS 2.0 feed. You can skip to the end and leave a response. Pinging is currently not allowed.