A place for poems, songs, rhymes, and traditions from around the world for both kids and grown-ups to enjoy!
Advertisement
The Game of Five Stones or Knucklebones around the World
January 12th, 2018 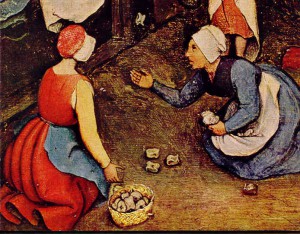 The game ofÂ Five Stones is also known as Knucklebones. It’s aÂ time-honored game that was played in ancient Greece, Rome and even earlier. Nowadays, in the US it’s played with jacks. In some parts of the world it’s played with 5 flat stones or pebbles. In other places, it’s played with the ankle or knee bones of sheep or goats (see pic below). In Italy, it’s sometimes played with dried out peach pits.

The bones from the game have been found in ancient archaeological digs. You can also find images of people playing the game in ancient art. It’s interesting to note that the same bones were used like dice. In some places they’ve beenÂ used as good luck objects. 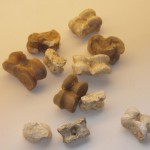 KnucklebonesÂ is a game of skill and coordination. You start byÂ throwing the five stones or bones on a flat surface. Then you take one, toss it up in the air, and while that stone is in the air you grab another. The game continues like this with the feats becoming more and more complicated. We recently postedÂ one set ofÂ rules to Five Stones and Knucklebones. That’s how it’s played in Italy and many other countries.

In some countries there are mysterious chants that are said while playing. Perhaps there’s a connection toÂ the fact that the bones were collected and used for fortune-telling throughout Central Asia.

Here are some countries where it’s played, followed by the nameÂ it’s called there: 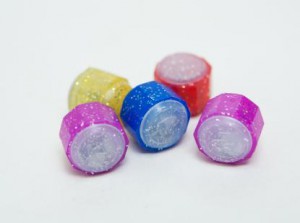 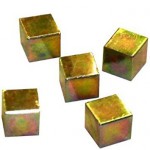 Some other countries where it’s played are India, Malaysia, Singapore Madagascar, Morocco, Macedonia, Australia, Hungary and throughout Africa.

It’s fascinating to me how old this game is and that it’s still played all over the world!

Please let us know in the comments below if it’s played in your country, what it’s called and what type of item you use to play it.

If anyone chants anything with the game, please share that too.

This article was posted on Friday, January 12th, 2018 at 10:42 pm and is filed under Brazil, China, Countries & Cultures, Five Stones, Games Around the World, Italian Games, Jacks, Knucklebones, Mama Lisa, Russia, South Africa, USA, Venezuela, World Culture. You can follow any responses to this entry through the RSS 2.0 feed. You can skip to the end and leave a response. Pinging is currently not allowed.