A place for poems, songs, rhymes, and traditions from around the world for both kids and grown-ups to enjoy!
Advertisement
“Say Cheese!” – What’s said Around the World when a Photo is Taken
April 11th, 2018 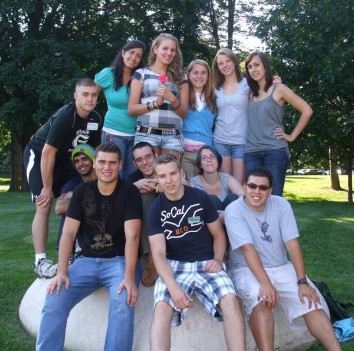 “Say Cheese!” That’s what we say in English when we want people to smile for a photo. Did you know that people haven’t always smiled for photos? In old photos you’ll see very serious faces. People saw big smiles in photos as being low class or even childish. In the early days, they were told to say “prunes” to keep the mouth small. They didn’t start smiling in photos until later.

The trend to smile in photos was started by the Kodak Company. As part of their advertising to sell cameras, they wanted people to associate taking photos with happy events, like family vacations.Â  People smiling in photos eventually spread to portraits. Researchers found that after WW2 people started smiling in their school yearbook photos.

I recently asked someone from Haiti what they say there when they want someone to smile for a pic. She said they don’t smile for photos in Haiti so they don’t have an expression like “cheese”.

Of course that led me to ask other people what they say in their countries. Below are some responses from our Facebook GroupÂ and from Wikipedia. You’ll notice that some are direct translations of the word “cheese”. Some sound like the word “cheese” in theÂ target language.

Some phrases reference a bird. Ula commented that this might “come from a different tradition, that of holding up a toy bird to get kids looking in the right direction as you snapped the photo…” Many Victorian photographers had a golden mechanical bird attached to their camera. When they took the picture the tail would wag and the bird would sing. The photogrpaher would tell children to “watch the birdie”. 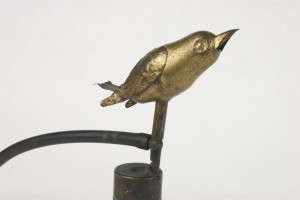 Swtizerland (sent by Katja Bruhin): We also say “cheese!” â Although we don’t speak English here :-) but for this, we use English…
Hungary: (Sent by Szarka Peter) #1 “Itt repÃ¼l a kismadÃ¡r!” – “Here flies the birdy!” #2 “Sajt!” (which is cheese in Hungarian just to make fun of it :-D ) #3 “Vizibicigli” (paddleboat, but as you pronounce the ‘i’-s, you have to “smile”)
Colombia (Melissa Koteczka II): In Colombia we say âwhiskeyâ and in France it’s also âcheeseâ or âouistitiâ.
France: (Anna Oppenheim & Nana Ruellon): Ouistiti – The smallest monkey in the world.
Spain (Silvia Coloma De Stefani Sissy): Patata! (Potato)
Argentina (Claudia Demkura): Whiskey!
Poland (Ola Jablonska): âdÅ¼emâ (which means jam) ð

Here are some others, most from Wikipedia…

Feel free to share how you say cheese in your country in the comments below.

Many thanks to everyone who contributed to this post!

Read more here:Â Why people used to look so serious in photos but now have big smiles

This article was posted on Wednesday, April 11th, 2018 at 9:21 pm and is filed under Countries & Cultures, Mama Lisa, Photos, Say Cheese!, Sayings, USA, World Culture. You can follow any responses to this entry through the RSS 2.0 feed. You can skip to the end and leave a response. Pinging is currently not allowed.

3 Responses to ““Say Cheese!” – What’s said Around the World when a Photo is Taken”