A place for poems, songs, rhymes, and traditions from around the world for both kids and grown-ups to enjoy!
Advertisement
Mardi Gras and Carnival in France
January 28th, 2016 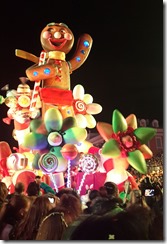 Carnival is the time between Epiphany and Lent.  The last day of Carnival is Mardi Gras (Fat Tuesday). The next day is Ash Wednesday which is the 1st day of Lent. Many people give up meat or another type of food for Lent.

There are some towns and cities that have parades. Many have them on just one day (usually Sunday), but Nice and Dunkirk’s last several days. The Carnival of Limoux lasts 3 months! 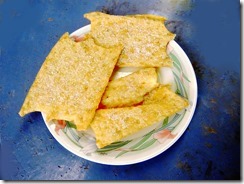 Since Carnival and Mardi Gras are just before Lent, people would traditionally get rid of eggs and butter/fat beforehand. So they’d make crÃªpes, waffles and of course donuts – which is still the tradition.  The donuts have different names and shapes depending on the region. Some are long, thick and soft, others are square-shaped, thin and crunchy. The type of doughnuts they eat for Carnival near me is called Oreillettes.

In some places, children dress up and ask neighbors in the town for eggs, sugar, and flour to make cakes or crepes (similar to pancakes) that are eaten in the late afternoon.

Photos: Parade in Nice for the Carnival by Bohyunlee, cc. & Oreillettes du Languedoc by JPS68, cc.

More about the Carnival of Limoux.

This article was posted on Thursday, January 28th, 2016 at 9:16 pm and is filed under Carnival, Countries & Cultures, France, Holidays Around the World, Lent, Mardi Gras. You can follow any responses to this entry through the RSS 2.0 feed. You can skip to the end and leave a response. Pinging is currently not allowed.