A place for poems, songs, rhymes, and traditions from around the world for both kids and grown-ups to enjoy!
Advertisement
International Women’s Day in Cameroon
March 16th, 2021 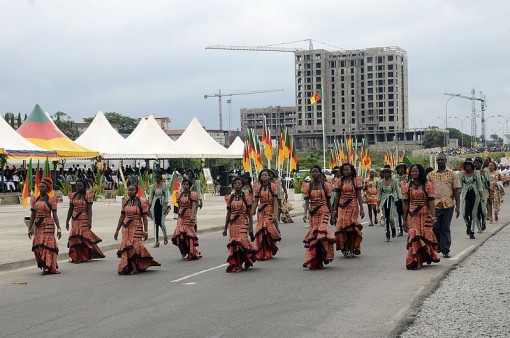 Women’s Day takes place in Cameroon on March 8th every year. There are parties for women and a big parade.

In advance women are given a specific fabric each year to make an outfit out of. The fabricÂ is related to the theme for that year. For example, one year the theme was professions. Many men in the parade will wear outfits in the fabric too. The fabric is given out by employers and the government. Here are some examples of the fabric from different years… 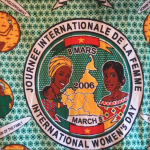 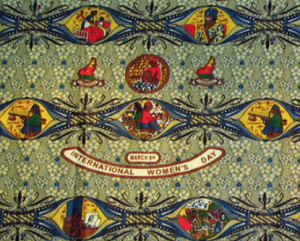 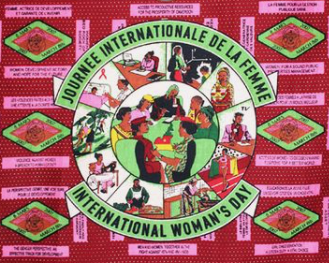 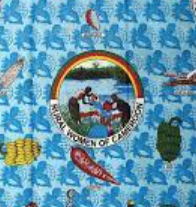 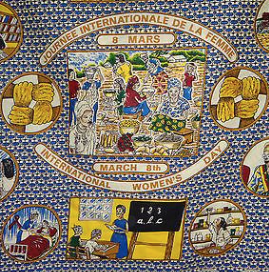 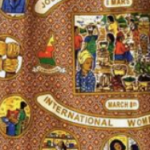 The parade passes by a viewing stand whereÂ an honorary person will stand with other dignitaries.Â Nowadays the person of honor is the First Lady of Cameroon, Chantal Biya. When a group passes the podium “eyes right” is shouted out. It’s a parade honor where the people passing the podium glance to the right to see the dignitaries. The First Lady will often smile and wave at the people passing by and throw them kisses. 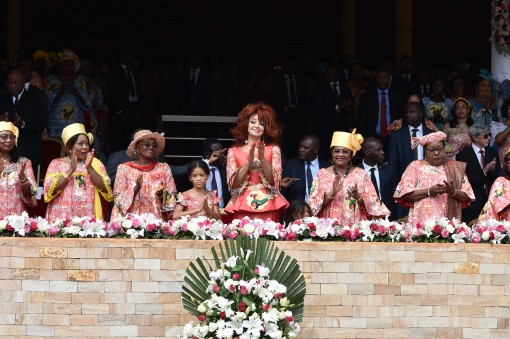 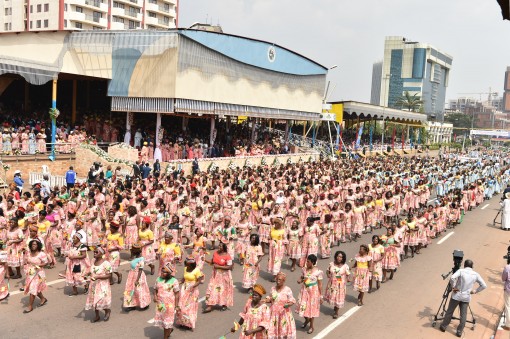 Last year, according to CRTV, “The First Lady particularly joined them in chanting a unity song; ‘We are one, we are together‘ as they marched across the May 20 boulevard.”

According to Nyango, “That is an old song used by women’s groups in churches in the English part of the country. It is also sung on Women’s Day but is not exclusively for that occasion like the Anthem sung by theÂ Tribute Sisters. That anthem officially ends the parade.”

Here are the lyrics to TheÂ AnthemÂ Song for Women’s Day that’s sung in Cameroon.

1. All Across the Nations
All Around the World
Women are longing to be free
No longer in the Shadows
Forced to stay behind
But side by side in true Equality.

About the Women’s Day anthem, Adeline Mbenkum, the leader of the Tribute Sisters, says: “The anthem is an internationally recognized anthem which we just have the privilege to interpret each year during the official celebrations of International Women’s Day.”

To close off we’d like to shareÂ some Cameroonian sayings about women that Nyango shared with us:

1. When women wake up, mountains move.

4. A woman is never too old when it comes to a dance she knows.

Many thanks to Nyango M. Nambangi for sharing these traditions with us! Nyango works withÂ Â Minnesota African Women’s Association, a non-profit organization whose mission is toÂ promote the health and wellbeing of African refugee and immigrant women, girls and their families in the Twin City area. You can find MAWA on Facebook here.

Check out our Cameroonian Song Pages where Nyango has shared many songs from Cameroon with us (including many recordings she made of them!)

This article was posted on Tuesday, March 16th, 2021 at 10:57 pm and is filed under Cameroon, Countries & Cultures, Holidays Around the World, Mama Lisa, Women's Day. You can follow any responses to this entry through the RSS 2.0 feed. You can skip to the end and leave a response. Pinging is currently not allowed.