A place for poems, songs, rhymes, and traditions from around the world for both kids and grown-ups to enjoy!
Advertisement
Harry Clarke – Irish Illustrator
May 16th, 2018

Harry Clarke (1889 – 1931) was a Dublin-born Irish illustrator and stained-glass artist.

Early on Harry’s father, Joshua Clarke was a church decorator.Â Joshua moved to Dublin and opened a decorating business that eventually included a division for stain-glassed windows.Â Harry apprenticed at his father’s business starting at the age of 14. After his father’s death in 1921, HarryÂ took over the family business.

At the time Joshua was apprenticing at his father’s studio, he attended school at night at the Metropolitan College of Art and Design. It was there that he met his future wife, fellow artist and teacher Margaret Crilley. They married in 1914 and had three kids.

The familyÂ moved to London and Harry found a job with HarropÂ as an illustrator. His first published work was Fairy Tales by Hans Christian Andersen inÂ 1916. 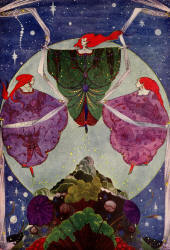 Next he illustratedÂ Edgar Allan Poe’s Tales of Mystery and Imagination. The 2nd printing of this book included some color illustrations. This made his reputation! 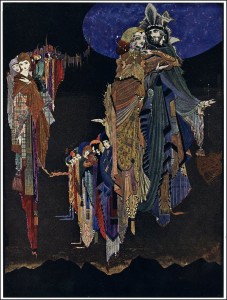 Next he illustrated a book of poetry called,Â The Years at the Spring. 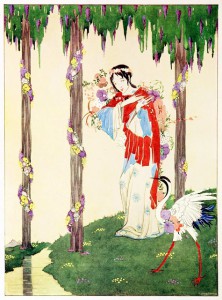 After thatÂ he illustrated Charles Perrault’s Fairy Tales of Perrault. 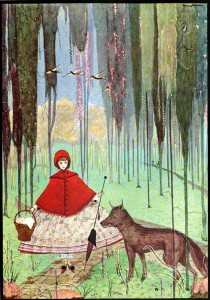 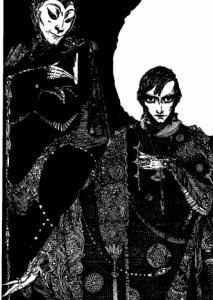 His last book wasÂ Selected Poems of AlgernonÂ by Charles Swinburne in 1928.

Meanwhile, he had produced more than 130 window in stained-glass. 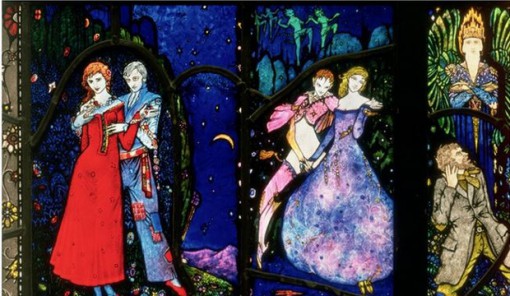 Sadly, Harry died of tuberculosis in 1931.Â His wifeÂ became the director of the Stained Glass Studios.

Harry Clarke left behind a wonderful body of work that we can still enjoy today. 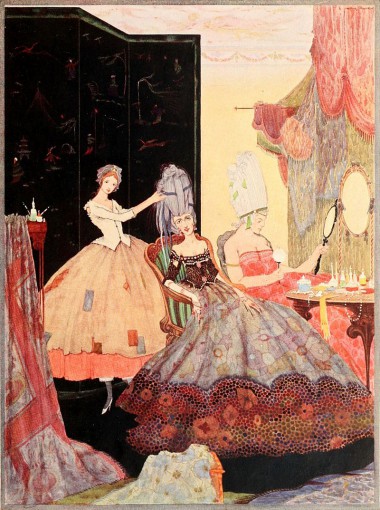 This article was posted on Wednesday, May 16th, 2018 at 7:17 pm and is filed under Books & Stories, Countries & Cultures, England, Fairy Tales, Illustrators, Ireland, Mama Lisa. You can follow any responses to this entry through the RSS 2.0 feed. You can skip to the end and leave a response. Pinging is currently not allowed.