A place for poems, songs, rhymes, and traditions from around the world for both kids and grown-ups to enjoy!
Advertisement
Counting-out Rhyme called Zinty Tinty
April 1st, 2012 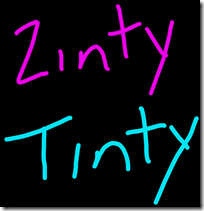 âI was taught a counting rhyme by my father, who said it came from his mother. Her mother was Swedish, so he thought it was in Swedish (or possibly Norwegian given that the part of the country she was from used to be part of Norway). Looking on the internet I have found several Scottish versions, and I know we have some Scottish ancestry, so perhaps it comes from there. Dad always thought it was something to do with Humpty Dumpty, Iâm not sure why, perhaps because it was said with a similar tune.

I learned it as:

From what Iâve seen: This is an interesting mix because it includes bits from a rhyme from the Opies (authors of The Oxford Book of Nursery Rhymes):

Hope this interests you and if you find a version with correct spelling that people can agree onâ¦ Iâd love to know it.

If anyone knows more about this rhyme or if you know a similar one, please share it with us below.