A place for poems, songs, rhymes, and traditions from around the world for both kids and grown-ups to enjoy!
Advertisement
3 Poems for Black History Month and Women’s History Month
March 29th, 2021

I thinkÂ these poemÂ are fitting for both Black History Month in February and Women’s History Month in March. They were written byÂ Georgia Douglas Johnson (1880 – 1966). Johnson was an African-American poet and playwright from the Harlem Renaissance,Â anÂ “intellectual and cultural revival of African American music, dance, art, fashion, literature, theater and politics centered in Harlem, Manhattan, New York City, spanning the 1920s and 1930s” (wikipedia). She ran a weekly salon for black writers in Washington DC for 40 years as part of the movement. She was also a prominent voice in Anti-lynching Activism. 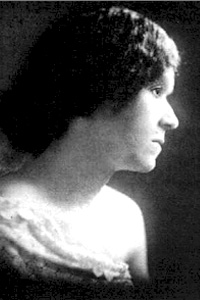 Here are some of her poems…

When I Rise Up

Many cages round me,
Bar on bar
Stand grim, forbidding!
Ghostly pressures
Clutch my heart.
I gaze with eyes unseeing
Whereunto may I wander free?
Alas, alas!
My garden walks lie inwardly!

And who shall separate the dust
What later we shall be:
Whose keen discerning eye will scan
And solve the mystery?

The high, the low, the rich, the poor,
The black, the white, the red,
And all the chromatique between,
Of whom shall it be said:

Here lies the dust of Africa;
Here are the sons of Rome;
Here lies the one unlabelled,
The world at large his home!

Can one then separate the dust?
Will mankind lie apart,
When life has settled back again
The same as from the start?

This article was posted on Monday, March 29th, 2021 at 8:52 pm and is filed under Black History Month, Countries & Cultures, Holidays Around the World, Mama Lisa, USA, Women's History Month. You can follow any responses to this entry through the RSS 2.0 feed. You can skip to the end and leave a response. Pinging is currently not allowed.