Ichijiku Ninjin is a traditional children's song from the Shizuoka Prefecture. It's a counting song that's a play on words (specifically the numbers one through ten in Japanese that sound like words for vegetables).

"This is a traditional children's song that's used as a bouncing ball song or a counting song. This is also good as a children's finger play. I am not sure when this song was composed, but I think this song has been sung for at least 100 years." -Sadao 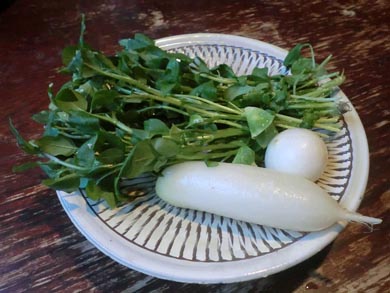 *Bulbils - A small bulb-like structure produced in the place of a flower that has the ability to develop into a new plant. These can be found on plants like garlic if they're left to grow.
**Seven edible herbs are eaten on January 7th to celebrate the upcoming Spring. The festival is called Nanakusa-no-sekku.

*****
Below you can see how this song is a play on words. Below is the number 1 - 10 with the word (of a vegetable) in the song that sounds like the number.

*****
Here's a non-literal translation showing one way the sounds of numbers can be made into vegetable words in English: 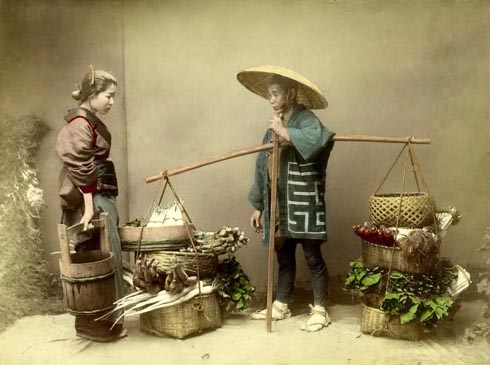 Thanks to Sadao Mazuka for sharing this song with us, for the midi, comments and notes about numbers in Japanese! Translations by Lisa Yannucci.