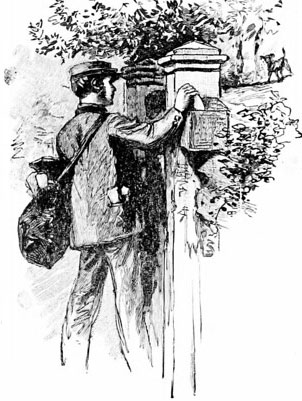 The Mailman Didn't Pass By

The mailman didn't pass by,
He will never pass by,
Monday, Tuesday, Wednesday,
Thursday, Friday, Saturday,
Sunday
("Close the peas" or
"Close the peas at home.")

The Mailman Didn't Pass By

The mailman didn't pass by,
He will never pass by,
Monday, Tuesday, Wednesday,
Thursday, Friday, Saturday,
Sunday
("Close the peas" or
"Close the peas at home.")

Monique wrote, "The way my 1st grade students would play it is that they would say 'fermez les petits pois (chez soi)' and the one who was 'It' would drop the hanky after everyone had put their hands on their closed eyes.

'Fermez les petits pois (chez soi)' literally translates to 'shut the peas (at home)'. It only accompanies the action of putting your hands over your closed eyes since the only meaningful word in the circumstance is 'shut'. All the rest is meaningless, 'pois' doesn't mean 'eyes' in any way unless you consider the roundness of both things, and 'chez soi' is just to rhyme with 'petits pois'. It's just as if you said 'shut the peas please' or 'shut the dome at home'."

The children are sitting on a circle, the "mailman" has a handkerchief or a piece of material. While the children are singing, the mailman goes round the circle. When they say "Close the peas", they close their eyes and the mailman drops the handkerchief behind a child's back. When the latter notices it, he must pick it up and run to catch the mailman, who must go round the circle and sit at the now empty place. If the mailman succeeds in sitting at the other's place or if the child who was given the "mail" didn't see it, they switch places. Otherwise, the game resumes with the same mailman.

I always saw my students play it this way. When I was a child, we didn't say the days of the week but "one o'clock, two o'clock…", the mailman definitely had to drop the handkerchief before the song ended, we wouldn't say "Close the peas", we were keeping our eyes wide open and it often happened that the one who'd been given the "mail" would drop it behind someone else's back while running behind the first mailman, which was more fun! – Tatie Monique

Sylvie wrote, "In the South, the song for the mailman game is sung as 'il ne passera jamais' (he will never pass by). Then the week begins and in the end he passes by anyway! It's inconsistent and it annoys me. In Alsace we would sing it as 'il pass'ra dans 5 minutes, dring, dring, le voilà' (he will pass by in 5 minutes, dring, dring, dring, here he is' then the days of the week and the game can go on, but it doesn't rhyme. So we now sing 'il pass'ra dans la journée' ('he will pass by during the day') –Thanks, Nadine!"

Many thanks to Edit' Dupont for contributing and singing this song for Mama Lisa's World.

Many thanks to Monique Palomares for contributing and translating this song (edited by Mama Lisa). Many thanks also to Sylvie Choffel for the alternate second line and comment.