A place for poems, songs, rhymes, and traditions from around the world for both kids and grown-ups to enjoy!
Advertisement
What’s Said in Your Country When Someone is Caught Staring?
June 8th, 2020 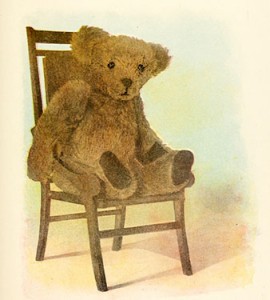 Stare, stare, like a bear
Sitting on a monkey’s chair!

In the US, they say, “Take a picture, it’ll last longer!”

Frances Turnbull said they say the same thing in England.

Monique Palomares wrote from France, “The ‘Stare, Stare, Like a Bear’ rhyme reminds me of what we’d say when we were young and someone would stare, ‘Tu veux ma photo ?’ (You want my photo?) and the response would be ‘Non, je ne collectionne pas les photos de singe !’ (No, I don’t collect photos of monkeys).”

Edit’ Dupont from France wrote,Â  “If someone stares at you, some rude people say ‘tu veux ma photo?’.” She knows the saying without the response that Monique said as a kid. I asked if it was just kids who say it and she said, “Mainly kids and teenagers here too and very very rude and agressive adults!”

Glenda Bennett said kids and adults in Australia say, “Did I leave my 2nd head on?”

Sadie Campbell wrote, “It loses a bit in the translation, but in Jamaica we would ask the person staring, ‘If you see me again, will you recognize me?’”

What do they say in your country when someone is caught staring?

This article was posted on Monday, June 8th, 2020 at 8:41 pm and is filed under Countries & Cultures, Expressions, France, Mama Lisa, New Zealand, Proverbs, Sayings, Sayings about Staring, USA, Words & Phrases. You can follow any responses to this entry through the RSS 2.0 feed. You can skip to the end and leave a response. Pinging is currently not allowed.