A place for poems, songs, rhymes, and traditions from around the world for both kids and grown-ups to enjoy!
Advertisement
Tipping for Christmas and New Years in the US and UK
December 22nd, 2012 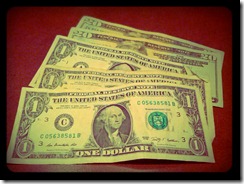 It’s a tradition in the US and the UK to tip people at the end of the year who perform services.  Some of the people who are tipped are: Mail Couriers, Sanitation Workers, Hairdressers,  Milkmen, House Cleaners, Nanny’s, Music Instructors, Dog Groomers, Teachers, etc.  Many people wonder if they’re tipping the right amount.  This seems to depend on location and quality of service.  Here we’re going to discuss what people give.

I’ve been having conversations with various people on Facebook about this question.  Below are some of the answers I’ve gotten.  You’ll find the person’s 1st initial and the general location they live in below.  Most of the people are in the US suburbs, rural areas, New York City and London.

Garbage – $20
Recycling – $20
Milk man – $20
Cleaning Ladies – One cleaning worth
Nanny – One week’s worth
Our mail man routinely gives us the wrong mail (so we deliver it to our neighbors each week) and neighbors deliver our mail. I’ve called and complained three times in the last year – $0 since we have to do his job.

D. (N.Y. Rural & Suburbs):  Guess it depends on how good they were all year. Our mail guy takes really good care of us. If everyone on the route would just give $20-$25. He would have a real nice Christmas bonus. Yes, I know some say you shouldn’t tip them they make enough money. You’re tipping them to show that you appreciate them, not how much they make. It’s just like a teacher -if we still had class mom’s -she could collect $5-$10 from each child and instead of the teacher getting 10 coffee mugs -he/she could get a real nice gift. That’s just my own opinion but I always over tip especially for good service. Please post what the consensus says.  I live in the country upstate New York.  When I lived in the suburbs on LI, I gave $20 to the mail person, and to each of sanitation guys. If I get a lot of UPS or FedEx, I do the same.

M. (Upstate New York): Yesterday, I gave $25 a piece to our 2 sanitation guys. (We have a dumpster for trash.) I didn’t give anything to the post person because the individual keeps changing. So, I don’t know who my "regular" person is. I’m already extra generous with my salon lady every 6 weeks, so I don’t tip her extra for Christmas.  We are forbidden from giving the aides any gifts whatsoever. So, I bake them a cake. That’s about all. Except we give extra to our Church.

R. (New York Suburbs):  A bottle of wine for each garbage man. $20 for the mailman. An extra $10 added to the hairdressers tip. I’m my own doorman – so zero.

L. (Missouri Suburbs): I’d like to leave our regular mailman some cookies at least, but can’t know if he’ll get them because we get temp mail carriers on his route, too. I do live in the suburbs and work during the day so never see the sanitation guys. You’d have to catch them because you can’t just leave money envelopes taped to the trash bags. I don’t even know if ours are regulars or they switch routes. Our newspaper deliverer included a Christmas card with his address on it, stuck into one of the newspapers. I do know the mailman, but don’t leave anything for him as he may not be the one getting it. I debate about mailing the newspaper deliverer something, but haven’t yet. I never see him either. I guess if you have a relationship with them you tend to want to tip them. I do/did deliver cookies to church office, nursing home aides, teachers and elementary school librarians.

R. (Small City Upstate NY): Guitar teachers usually get 40% of whatever you’ve paid them for lessons over the past year….

C. (Upstate NY): For the hairstylist… 15%(industry standard tip) + additional 10% of your most expensive visit…from someone who is usually on the receiving end:)

G. (New Jersey Suburbs): First I refer to an online guide for their recommendation. Then I adjust the amount based on the following:  1. How much I like the person. 2. Quality of work. 3. How generous I’m feeling at the time.

This year I gave my cleaning lady less than I did last year because she’s not doing as good a job as she had in the past. Ruined bathroom carpets with bleach. Broke glass in a picture frame.

I love my mailman so I give him $25. There are days when he is the friendliest person I see. Yes, nicer than my husband and kids (nothing weird). He’s nice to my kids, dog, my visitors. Just a happy guy, very refreshing!

I like my dog groomer and I gave her $50. I believe the guide said to pay the equivalent of a grooming session, but that is too much ($70-75).

I love my hairdresser, but he owns the place and I tip him well each time I go so I will give him $50. Some years I double the tip and write happy holidays on the envelope. He’s another great person that I value in my life. If I had more money I would give him a better gift. For the shampoo girls, I double their tips for the holiday.

We send the newspaper person $20 in an envelope that she provides.

L. (Minneapolis, MN):  Donate in their name to Kiva micro lending. Also Heifer International. Someone donated a bunch of chickens to a family in my mothers name. I love that.

A. (NYC): I did Kiva for the teachers last year. I’ve done chickens and goats in previous years.

A. (London): I think the postal workers and bin men cannot accept gifts of money but rather only gestures- under Â£10 or something- which is still money really- and it all adds up frankly.

Starbucks vouchers are given here- M&S, Boots, that sort of thing.

J. (London): We gave our postman a card with a fiver in it today.

R. (Small City Massachusetts): ’round here it’s Dunkin Donuts gift certificates.  Mailman, yes, cause really, they do always get you your mail. music instructor, yes. anyone who does stuff for you on a daily / weekly basis, yes (UPS / Fed Ex guys, child’s tutor/ babysitter/ nanny, etc.). others, not necessary (teacher, advisors, hairdresser, dog groomer. psychiatrists, etc.). Staff, yes, although holiday bonus is usually the way to go (my holiday bonus is going right to the dentist). But, having said that, anyone who you appreciate and wish well, or know could use a little extra.

R. (London): Where’s the line? The nice helpful guy at the tube station, the local shop keeper where I buy my milk, the ‘barrister’ at my favourite coffee shop? Most of us provide a service to others – it’s what makes the world go around. Not all ‘service providers’ receive tips – in fact many would be happy with a ‘thank you’ (my sister’s a social worker – wonder how often they receive either). For the most part, people are paid to provide their service; whether it’s sufficient or not is another matter (definitely not social workers!). But Â£250/300 a day in tips….that’s more than most people earn!!! Yes I tip, especially the head washer (having been one – my mum had a salon).

A. (London): I think a lot of people do wonder- I just read an article on it- it said if you normally tip, say every visit to a salon, then your xmas tip is smaller then if you never tip- this same article suggested that if it was someone you paid for a service but never tipped- dog walker or a Pilates teacher, then the tip was the cost of one session- all this seems like a lot of money to me and wonder what the NYC/London tip vs. say a small Midwest town is.

L. (New York City): It pains me to tip the staff in our building. We have something like 20 people. The worst is the superintendent who does nothing for us but if we don’t to him well there might be trouble.

A. (NYC): Do you get that card that lists all their names? Our building did that and I was shocked at how many staff members there were.

R. (London): Maybe one payment for the whole team would do it – let them fight amongst themselves? Much cheaper.

A. (NYC): No- there is a order, like who gets more- the super seems to do the least but is the highest rank- and then there is a whole union thing- who is and who isn’t- I find it all overwhelming- I do know if I order food in on a rainy night I tip more since the poor guy had to trek out in the cold and we all know they get paid crap.

P. (Teacher N.Y.):  You gotta tip the sanitation workers but I usually just tape a twenty to the underside of the lid for them to share…I figure its lunch for them. Don’t tip the postal carrier as I haven’t had one recognizable one in years!

I also have to take care of my kid’s teacher (cause she damn well deserves it!), her classroom aide, her early morning care aide, her two afterschool aides, my two school secretaries, my aide, my teaching assistant, the special Ed teacher (who rocks), my principal, my assistant principal, the custodians, and my teaching partner/social studies teacher….and this year I actually gave each of my 7th graders giant clamshells full of chocolate kisses….which rocked their world as most have never been to the beach! It was an expensive year, but my network of support is large. At the end of the year, I will again take care of the support people in my daughter’s school.

You can read more about tipping around the world here.

This article was posted on Saturday, December 22nd, 2012 at 6:29 pm and is filed under Christmas, Countries & Cultures, Customs and Traditions, England, Holidays Around the World, New Years, New York, Tipping, United Kingdom, USA, USA. You can follow any responses to this entry through the RSS 2.0 feed. You can skip to the end and leave a response. Pinging is currently not allowed.