A place for poems, songs, rhymes, and traditions from around the world for both kids and grown-ups to enjoy!
Advertisement
The Importance of “La Cuisine” to French People
July 19th, 2021 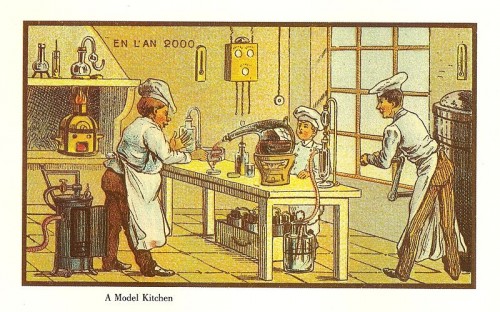 When I was talking with my French friend and colleague Monique about writing a book on French culture, she said, “If you are doing a book on overall “French culture”, itÂ is essential to include “la cuisine”. Besides “la grande cuisine” (“les grands chefs”), we talk about cuisine all the time, even during meals shared with people we know. We comment on what we’re eating, and also what we have eaten elsewhere and/or at another time, and what we plan to cook, what we are going to try as a recipe that we’ve never made, etc.”

What’s interesting is the time French people put into eating. Meals are a big deal with many courses. When I studied in France I lived with a young couple in Grenoble. When it was a special event, like the first day I met them, they started with an aperitive such as Pastis. Then there would be a salad. It was followed by the “plat principal” or main dish, which was served with a slice of baguette. Sometimes that was followed by cheese such as camembert or brie, which was followed by a small plain yogurt (optionally adding a pinch of sugar). Finally we’d have coffee, occasionally with a slice of apple tart. Every night it was an event!

This article was posted on Monday, July 19th, 2021 at 8:20 pm and is filed under Mama Lisa. You can follow any responses to this entry through the RSS 2.0 feed. You can skip to the end and leave a response. Pinging is currently not allowed.