A place for poems, songs, rhymes, and traditions from around the world for both kids and grown-ups to enjoy!
Advertisement
The Boyfriend Sweater Curse
January 30th, 2020 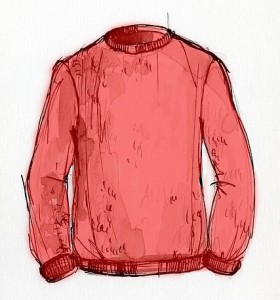 “The ‘sweater curse’ or ‘curse of the love sweater’ is a term used by knitters to describe the belief that if a knitter gives a hand-knit sweater to a significant other, it will lead to the recipient breaking up with the knitter. In an alternative formulation, the relationship will end before the sweater is even completed. The belief is widely discussed in knitting publications, and some knitters claim to have experienced it. In a 2005 poll, 15% of active knitters said that they had experienced the sweater curse firsthand, and 41% considered it a possibility that should be taken seriously.” –Wikipedia

The sweater curse is not a superstition per se. According to Sharon T. on the Facebook Group “Addicting to Knitting”, “usually the knitter decides the sweater will be the perfect gift, but the boyfriend realises his level of commitment does not equal the knitter’s and leaves the relationship.”

According to Wikipedia, the reason for this “phenomenon” may be that knitters remember the instances where the couple broke-up after knitting a sweater because knitting sweaters takes a lot of time and money. So it might just stick in their heads more.

I find folklore around specific pastimes to be so fascinating!

Beware of the curse of the love sweater!Â

This article was posted on Thursday, January 30th, 2020 at 7:20 pm and is filed under Arts and Crafts, Countries & Cultures, England, Knitting, Mama Lisa, USA. You can follow any responses to this entry through the RSS 2.0 feed. You can skip to the end and leave a response. Pinging is currently not allowed.

One Response to “The Boyfriend Sweater Curse”