A place for poems, songs, rhymes, and traditions from around the world for both kids and grown-ups to enjoy!
Advertisement
Teru-Teru-Bozu – A Japanese Doll to Ward Off Rain
June 2nd, 2010

Teru-teru-bōzu is a doll Japanese people make and hang in the window when they want to wish for nice weather. This tradition is very old. 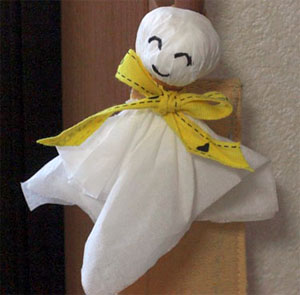 “Teru teru bozu” is a doll made of white cloth or tissue. People, especially kids, make it when they wish it will be sunny the next day because they have a field day, school trip or something else. They display it in the window.

I attach photos of Teru teru bozu [above is one].

It is easy to make…

Spread out a white cloth (tissue paper), stuff some tissue in the center of it and bind it with a rubber band.
Draw a face and it is a Teru teru bozu!

I think it is a popular tradition even now.

“Teru” means sunny, “bozu” means a Buddhist priest, but in this case it means a small boy.

Letâs make a Teru teru bozu and ward off rain!

Thanks Ayako! I did try making one… and it was easy! Here’s a photo guide to making a teru-teru-bozu…

1. Spread out 2 pieces of tissue paper on a table (use two to make it thicker). 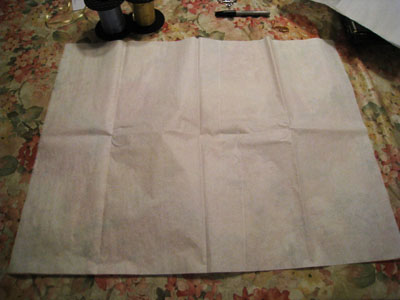 2. Scrunch up a ball of tissue paper and put it in the center of the doubled-up piece that’s spread out. 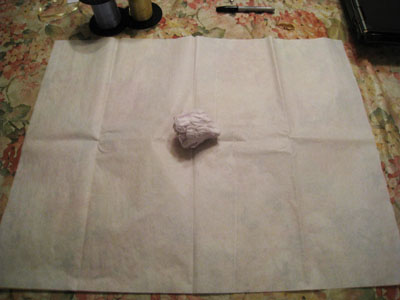 3. Wrap the “spread out” piece of tissue paper around the crumpled up ball and put a rubber band around it. 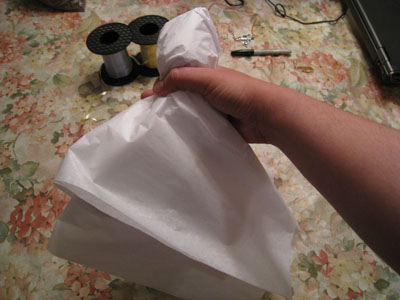 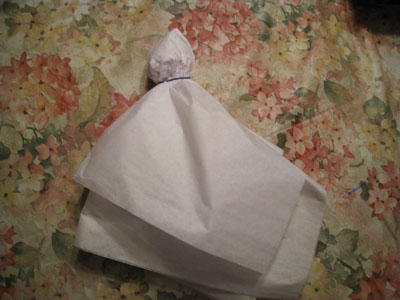 4. Attach one long piece of ribbon over and around the rubber band tying it in the back and leaving a long string to hang up the teru teru bozu. Then tie a bow in the front with another smaller piece of ribbon for decoration. 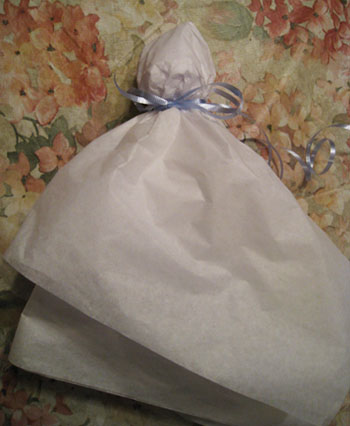 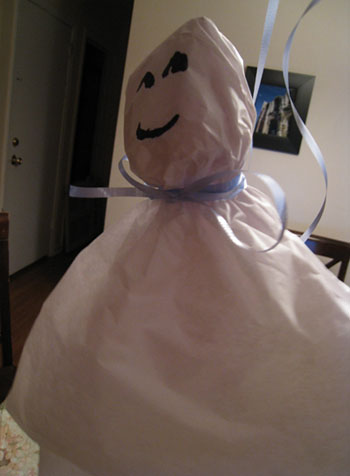 6. Hang it in the window overnight to ward off rain for the next day. 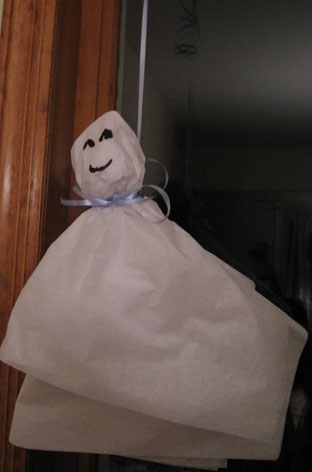 Many thanks to Ayako Egawa for teaching us how to make a teru-teru-bozu!

This article was posted on Wednesday, June 2nd, 2010 at 12:01 pm and is filed under Children's Songs, Countries & Cultures, Customs and Traditions, Customs to Ward off Rain, Japan, Japanese, Japanese Folk Songs, Japanese Kids Songs, Languages, Mama Lisa, Teru-teru-bozu. You can follow any responses to this entry through the RSS 2.0 feed. You can skip to the end and leave a response. Pinging is currently not allowed.