A place for poems, songs, rhymes, and traditions from around the world for both kids and grown-ups to enjoy!
Advertisement
Recording of Silent Night in English and German
December 21st, 2018 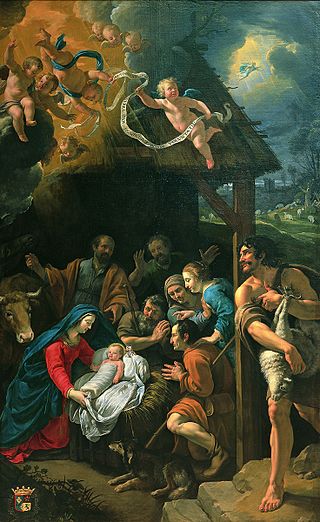 Silent Night is one of the most beloved Christmas Carols around the world.Â Here you can listen to a touching rendition in both German and English.

In the recording below,Â you can hear the first verseÂ of the German version followed by the 1st three verses of the English version. You can follow along with the lyrics below. At bottom you’ll find an English translation of the German verse.

Translation of the German verse:

The Silent Night chorus in the recording consists of 57 LibriVox singers in German and English.

Check out our Silent Night around the World Page with versions of the song in various languages.

Check out our Christmas Carols around the World Page for many other carols.

Image: Adoration of the Magis byÂ Philippe de Champaigne circa 1630.

This article was posted on Friday, December 21st, 2018 at 9:08 pm and is filed under Christmas, Christmas Carols around the World, Christmas MP3's, Christmas Songs, Countries & Cultures, England, English, German, Germany, Languages, Mama Lisa, MP3's, Recordings of Songs, Silent Night, Stille Nacht, USA. You can follow any responses to this entry through the RSS 2.0 feed. You can skip to the end and leave a response. Pinging is currently not allowed.

One Response to “Recording of Silent Night in English and German”