A place for poems, songs, rhymes, and traditions from around the world for both kids and grown-ups to enjoy!
Advertisement
Marzo e’ Pazzo – March is Crazy!
March 2nd, 2010

Yesterday, I was talking with a lady, whose parents are from Italy, about how happy I am that it’s finally March. She said, “Why?” I said because February is finally over. She said, “Marzo Ã¨ pazzo”. It’s an Italian saying meaning “March is crazy”… you can never depend on March weather. 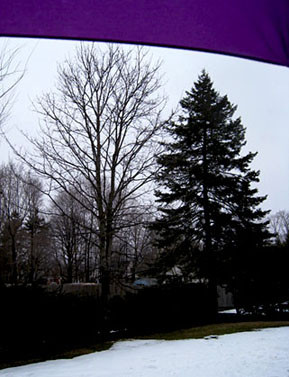 This same saying can be found in an Italian nursery rhyme about the months:

January and February are a couple,
Little February, cursed and cold,
March is crazy,
April’s sweetly sleeping,
May is the valet,
June, the scythe in hand,
July, the cuckoo sings,
August, my wife, I don’t know you*,
September, the night fights the day**,
October, whoever wants covers himself up,
November surrenders to winter,
December, freezes you in the front
and batters you on the back.

*Meaning that the husband is so busy with work in August that he doesn’t have a minute for his wife.
**Meaning that now the nights will last longer than the days.

Here are some interesting Italian proverbs about March (and April) with English translations:

Watch out for that crazy March weather!

Thanks to Monique Palomares of the French version of Mama Lisa’s World for helping with the Italian!

Feel free to share any sayings you know about March, in any language, in the comments below.