A place for poems, songs, rhymes, and traditions from around the world for both kids and grown-ups to enjoy!
Advertisement
Malanka – A Ukrainian Holiday Celebrated in January
January 12th, 2021 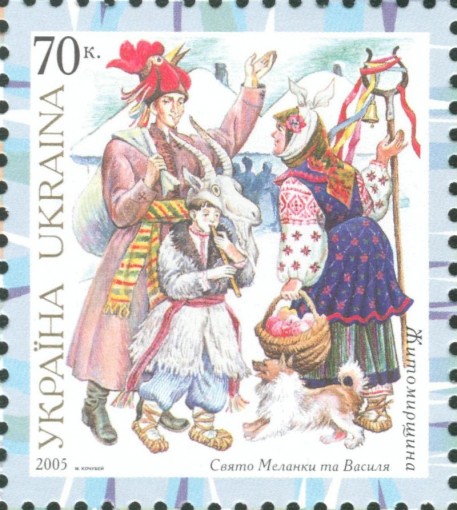 Malanka is a Ukrainian holiday that’s celebratedÂ betweenÂ January 13th and 14th. It celebrates the New Year according to the old Julian calendar. (Nowadays the Gregorian calendar is used.) The holiday involves lots of good food, parades, caroling and even pranks!

Malanka is a figureÂ from aÂ Christianized folk tale of pagan origin. (The name of the holiday merged with Saint Melania’s Day, which was on the 13th under the Julian calendar.) Malanka is the daughter of the earth goddess. Malanka herself is Spring/May. In the story, her uncle is the devil. One day he kidnapped her and brought her to the underworld. While she was gone there was no spring. But when she was finally released, flowers and greenery began toÂ grow again. This is why Russians have used the holiday to celebrate Spring.

In Ukraine, the caroling is part of a Christmas Nativity themed play that mixes Christian figures with other characters like a goat (symbol of wealth and prosperity), a bear, an angel, a gypsy, an old lady and man, a doctor among others.Â TheÂ characters are sometimes even satires of current politicians. 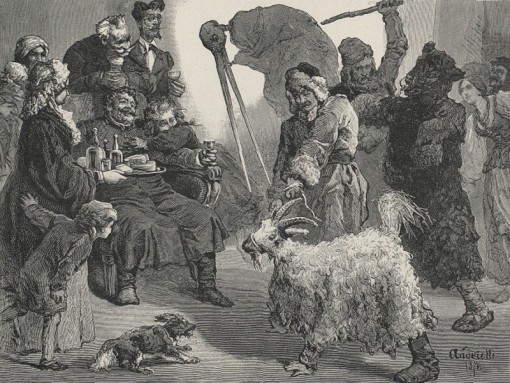 It’s men who dress up and perform the play. A man even plays the role ofÂ Malanka. During the skit the goat is shot and killed, symbolizingÂ the flowers and greenery dying. The doctor tries to revive him in various silly ways. So of course it doesn’t work! Finally someone tries to milk the goat and that usually revives him, symbolizing the revival of the earth!

When the carolers go door to door they’re given food and drink and sometimes a tip. They often play pranks on the homeowners too!

Link: You can see some beautiful photos of MalankaÂ here.

This article was posted on Tuesday, January 12th, 2021 at 8:26 pm and is filed under Belarus, Canada, Caroling, Countries & Cultures, Customs and Traditions, Holidays Around the World, Languages, Malanka, Mama Lisa, New Years, Russia, Ukraine, Ukrainian, USA. You can follow any responses to this entry through the RSS 2.0 feed. You can skip to the end and leave a response. Pinging is currently not allowed.

2 Responses to “Malanka – A Ukrainian Holiday Celebrated in January”