A place for poems, songs, rhymes, and traditions from around the world for both kids and grown-ups to enjoy!
Advertisement
The Fascinating Origins of Some Japanese Terms
January 20th, 2016

Sadao Mazuka recently wrote to us about the “John Doe” name “Gonbei” in Japan, used for someone whose name you don’t know.Â  He wrote about other phrases in Japanese that are used in other circumstances in ways similar to “John Doe” below… 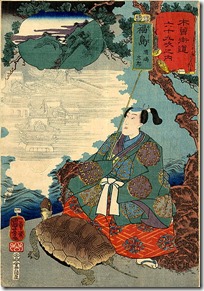 “Urashima Taroh” comes from a Japanese fairy tale.Â  It’s about a fisherman named Urashima TarÅ who rescued a turtle. In return, the turtle magically brought him to the Dragon Palace, deep underwater. The turtle turned out to be a beautiful princess. Urashima Taroh stayed with her for a few days. When he left, she gave him a mysterious box and told him never to open it. What he didn’t realize was that time passed differently underwater. When he returned to land, 700 years had passed. His whole family had died long ago. In his grief, he opened the mysterious box. There was a puff of white smoke that revealed his true age and on the spot he aged and died.

Nowadays, if someone goes abroad for long time, say more than 10 years, when he returns home he might be surprised at the changes in society and he might say, âOh, I feel like a Urashima Tarohâ. 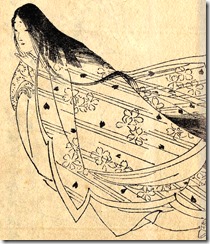 Onono-Komachi was a famous female poet in the 9th century in the Akita Prefecture. She was said to be the most beautiful lady in that area.

So we say âShe is so-and-so (area name) Komachiâ for the most beautiful lady in that area.

The English equivalent is “belle”. It can be said the same way – the belle of (an area) as in, “She is the belle of Paris.” 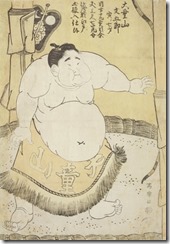 Narusegawa Dozaemon was a name of a sumo wrestler in the Edo-period (about 300 years ago).

Dozaemon was rather white and fat. When an officer found a dead body in a river, he said, âIt is just like Dozaemonâ. From then on, people used “Dozaemon” to refer to the dead body of drowned person. Since then, no sumo wrestler has taken the disgusting name.

Nowadays, Satsuma-no-kami is the lord of the Satsuma Province in the Kagoshima-Prefecture on Kyushu Island.

His first name is âTadanoriâ. If you break down the name, âTadaâ means free or non-paying and ânoriâ is a noun that comes from the verb ânoruâ meaning to board or ride on (like a train). So âTada-noriâ means free riding – someone who doesn’t pay his fare. (Of course, the Chinese character âå¹³å¿ åº¦â does not mean it like that.)

So we say, âHe was arrested as a Satuma-no-kamiâ.

Thanks for sharing these interesting expressions with us Sadao! -Mama Lisa

This article was posted on Wednesday, January 20th, 2016 at 3:10 pm and is filed under Books & Stories, Countries & Cultures, Fairy Tales, Generic Names for Men and Women, Japan, Japanese, John Doe, Languages, Words & Phrases. You can follow any responses to this entry through the RSS 2.0 feed. You can skip to the end and leave a response. Pinging is currently not allowed.

One Response to “The Fascinating Origins of Some Japanese Terms”