A place for poems, songs, rhymes, and traditions from around the world for both kids and grown-ups to enjoy!
Advertisement
Influences of the Portuguese on Japan from more than 400 Years Ago
April 11th, 2016 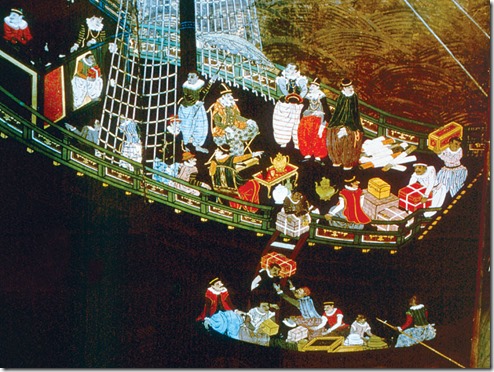 The Portuguese first made contact with Japan in 1543. This started the Nanban Trade Period which extended several decades. During this time, the Portuguese introduced tempura and refined sugar to Japan. Sadao Mazuka wrote to me about some of these culinary influences… 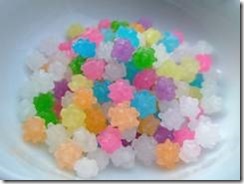 When I was young I had Konpeitos many times. They’re a type of rock candy that Japanese people learned how to make from the Portuguese that stayed in Nagasaki in the 16th century.

But I donât think Japanese children eat such candy recently. There are various other kinds of candy and sweets in many shops.

According to Wikipedia, "KonpeitÅ is also the standard of the thank-you-for-coming gift which is given by the Imperial House of Japan. The gift of konpeitÅ comes in a small box called bonbonieru (Japanese: ãã³ããã¨ã¼ã«), from the French bonbonniÃ¨re, meaning candy box.". 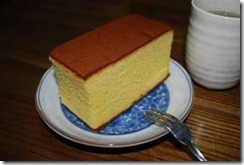 I think âCastellaâ is an area name in Spain. That’s where the name of the cake comes from. Kasutera is a kind of sweet sponge cake here. It originated in Nagasaki, Japan. But the bakers in Nagasaki learned how to make sponge cake from the Portuguese I think.

Anyway it is quite delicious cake. So we eat it sometimes.

And there are so many Japanese words that originated from Portuguese. See some of these loan words at the link below…

Thanks for sharing this with us Sadao!

This article was posted on Monday, April 11th, 2016 at 6:50 pm and is filed under Candy, Countries & Cultures, Desserts, Japan, Portugal, Recipes of the World. You can follow any responses to this entry through the RSS 2.0 feed. You can skip to the end and leave a response. Pinging is currently not allowed.