A place for poems, songs, rhymes, and traditions from around the world for both kids and grown-ups to enjoy!
Advertisement
Dandelion Seed Pod Games
May 9th, 2011

Dandelion seed pods used to be referred to as "the rustic oracle".  Dandelions seed pods were also called "down-balls", "balls of down" (they look like down feathers) and "blow-balls" (since they’re balls of seeds that you blow on). 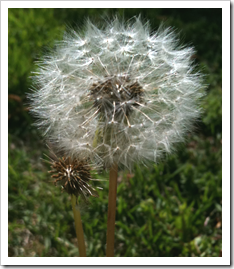 Kids have been making wishes on dandelion seed pods for years.  You simply find a dandelion pod that’s full of seeds.  Then make a wish and blow on it.  Make sure you blow all the seeds out of the pod.  Some people believe if you get all the seeds off in one breath, your chances improve that your wish will come true. 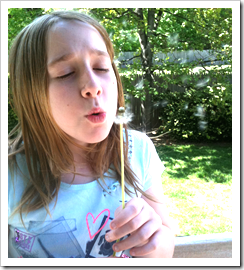 The word dandelion originally comes from the French phrase for lion’s tooth, "dent de lion".  That’s because the edges of the flowers look a bit like teeth… 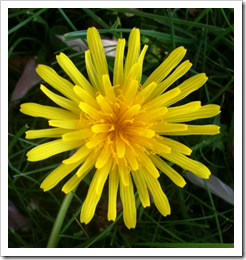 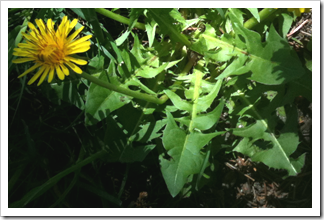 The idea of the dandelion seed pod having special "powers" can be found in books dating back to the 1850’s:

The globes formed by the seeds of the Dandelion are used for other purposes. If you are separated from the object of your love [your girlfriend or boyfriend], pluck one of those feathery spheres [seed pods], charge each of the little feathers with a tender thought; turn toward the spot where the loved one dwells; blow, and the aerial travellers will faithfully convey your secret message to his or her feet. If you wish to know if that dear one is thinking of you, blow again; and if a single aigrette [seed] is left upon the stalk, it is a proof that you are not forgotten.

From: The language of flowers: The floral offering: a token of affection and and esteem; comprising the language and poetry of flowers (1852) By Henrietta Dumont.

Please let us know of any special meanings or games with dandelion seeds where you live in the comments below.

This article was posted on Monday, May 9th, 2011 at 5:10 pm and is filed under Countries & Cultures, Dandelion Game, Divination, England, English, Games Around the World, Games for Predicting the Future, Games for Wishing for the Future, Languages, USA. You can follow any responses to this entry through the RSS 2.0 feed. You can leave a response, or trackback from your own site.