A place for poems, songs, rhymes, and traditions from around the world for both kids and grown-ups to enjoy!
Advertisement
Carnival in Italy
February 16th, 2011 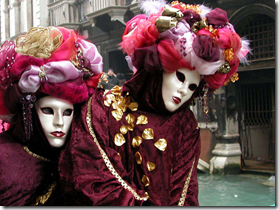 Emanuela Marsura, a teacher in Italy, wrote about Carnival celebrations there…

In some cities and towns there are the parade floats on Sunday. The floats are decorated with large faces or animals made with colored paper mache.  People go on the floats, adults and children, wearing different costumes. There is music, dance, paper confetti and streamers.  People make playful jokes. 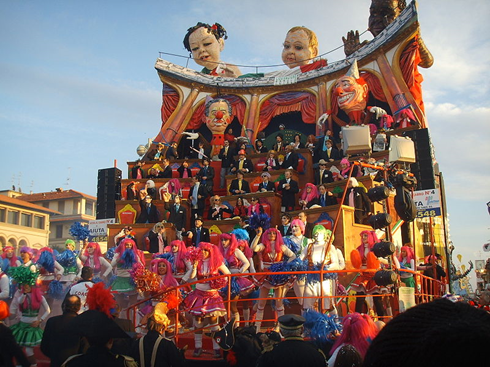 At school we have a costume party on the last Thursday of the Carnival.  It’s called Fat Thursday because we eat pancakes, crostoli pastries, which are deep fried, and damselfish, which, long ago, was fried in pork fat.

We dress up in costumes sewn by the kids mothers or bought.  They’re special clothes that turn into animals and characters in stories. That day, the teachers perform a show to make people laugh.  There is the parade of masks, we dance and we eat the sweets that the mothers and grandmothers prepare. That’s the school party.

There is also rejoicing in the streets on different days.  In Venice there’s a big celebration in St. Mark’s Square. Because we live close to Venice, the school is closed for three days for a holiday.

Thanks for sharing that with us Emanuela.  We hope you had a lovely Carnival season!

Photo on the Float: Sailko – Wikipedia

This article was posted on Wednesday, February 16th, 2011 at 3:03 pm and is filed under Carnival, Countries & Cultures, Holidays Around the World, Italy. You can follow any responses to this entry through the RSS 2.0 feed. You can skip to the end and leave a response. Pinging is currently not allowed.

2 Responses to “Carnival in Italy”