A place for poems, songs, rhymes, and traditions from around the world for both kids and grown-ups to enjoy!
Advertisement
Wanderer’s Nightsong – A Poem in German by Goethe
December 17th, 2012 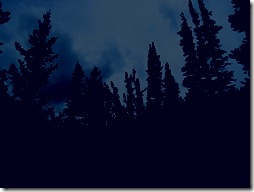 Wandrers Nachtlied is the title of two different poems written by German writer Johann Wolfgang von Goethe.  The 2nd poem was written in 1780.  This is the one we’re featuring here.  It’s considered by many to be the most beautiful poem in the German language.

Here you can read the original poem and listen to an mp3 recording.  After that, you’ll find a modern English translation, followed by a well-known translation from the 1800’s by American poet Henry Wadsworth Longfellow.  Then you can watch a video performance of the poem being sung in an arrangement by Schubert.

Over all mountaintops
Is peace,
In all treetops
You sense Barely a breath;
The little birds are silent in the woods.
Just wait, soon
You will rest too.

Wanderer’s Nightsong O’er all the hilltops
Is quiet now,
In all the treetops
Hearest thou
Hardly a breath;
The birds are asleep in the trees:
Wait, soon like these Thou too shalt rest.

Wandrers Nachtlied was set to music by Schubert.  Here is a performance of it from YouTube.  (The lyrics are performed in a slightly different order in this performance.  Below you can read the order of the lyrics as sung in the video.)


Here is the order of the lyrics in the vocal rendition:

May we find a sense of comfort in music and art.

This article was posted on Monday, December 17th, 2012 at 12:25 pm and is filed under Countries & Cultures, German, Germany, Johann Wolfgang von Goethe, Languages, MP3's, MP3's of Poems, Poems, Poems about Death, Poems about Life, Poems about the World, Poetry, Poets, Recordings of Poems, Recordings of Songs, YouTube. You can follow any responses to this entry through the RSS 2.0 feed. You can skip to the end and leave a response. Pinging is currently not allowed.