A place for poems, songs, rhymes, and traditions from around the world for both kids and grown-ups to enjoy!
Advertisement
The Worm – A Poem with an Illustration and MP3
August 25th, 2011 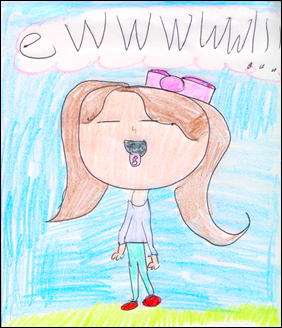 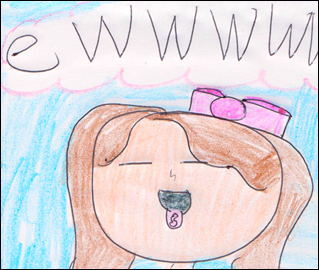 MP3 Recording of The Worm

When the earth is turned in spring The worms are fat as anything.

And birds come flying all around To eat the worms right off the ground.

And once, when I was very young, I put a worm right on my tongue.

I didn’t like the taste a bit, And so I didn’t swallow it.

But oh, it makes my Mother squirm Because she thinks I ate that worm!

Thanks to Lila for reciting "The Worm" and to Sarina for illustrating it!

This article was posted on Thursday, August 25th, 2011 at 6:44 pm and is filed under Countries & Cultures, England, English, Languages, MP3's, Poems, Poems about Bugs, Poetry, Poets, Ralph Bergengren, Recordings, Recordings of Poems, USA. You can follow any responses to this entry through the RSS 2.0 feed. You can skip to the end and leave a response. Pinging is currently not allowed.