A place for poems, songs, rhymes, and traditions from around the world for both kids and grown-ups to enjoy!
Advertisement
What’s the Time Mr. Wolf? – A Kids Game Played in Vanuatu
July 9th, 2014 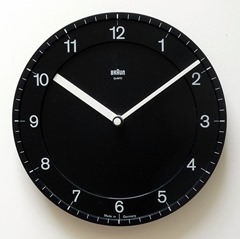 Vanuatu is a country that consists of a group of islands in the South Pacific Ocean. There’s a kids game that’s played there called, "What’s the Time Mr. Wolf?"  This game is played throughout the English-speaking world.

The kids go around in a circle like a clock. They say:

On each number they take a step.

Mr. Wolf responds with a time that comes after the last number the kids said:

The game continues counting higher and higher until the last time they do it as follows:

Then Mr. Wolf chases the group and tries to catch someone.  If s/he catches one of the kids, that kid becomes the new Mr. Wolf.  Then the game starts all over again.

You can watch the game in the video belowâ¦

This article was posted on Wednesday, July 9th, 2014 at 6:31 pm and is filed under Australia, Countries & Cultures, England, English, Games Around the World, Languages, Outdoor Games, USA, Vanuatu, What's the Time Mr. Wolf?, YouTube. You can follow any responses to this entry through the RSS 2.0 feed. You can skip to the end and leave a response. Pinging is currently not allowed.