A place for poems, songs, rhymes, and traditions from around the world for both kids and grown-ups to enjoy!
Advertisement
Spring Has Sprung, The Grass is Riz
March 20th, 2012 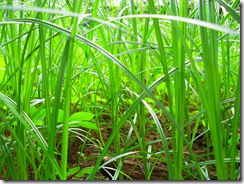 Jeremy Shatan wrote from New York: "It’s the vernal equinox, the first day of spring. Around this time of the year, my mom would always say: ‘Spring has sprung, the grass is riz, the boid is on the wing.’ Yes, just like that."

This saying is all in "New Yorkese", a New York accent.  It seems of course to come from the New York area. Some quote it from Ogden Nash, but from what I can tell looking through some books, this is incorrect.

The saying is sometimes called "The Brooklyn National Anthem" and it dates back to at least 1940.  There are many versions of it. Here’s one:

Spring has sprung, the grass is ris,
I wonder where the boidies is
The boid is on the wing,
But that’s absoid
From what I hoid  The wing is on the boid!

Here are other versions I found:

The spring is sprung, The grass is ris, I wonder where the birdies is. (1951 – The New Mexico folklore record: Volume 6)

And a sadly rye one:

"Spring has sprung, the grass has riz, where last year’s reckless driver is."

However you want to say it, the important part here is that Spring has sprung.

This article was posted on Tuesday, March 20th, 2012 at 11:43 am and is filed under Countries & Cultures, England, English, Languages, New York, Poetry, Poets, Proverbs, Sayings, Sayings from the 1940's, Seasonal, Spring, USA. You can follow any responses to this entry through the RSS 2.0 feed. You can leave a response, or trackback from your own site.

55 Responses to “Spring Has Sprung, The Grass is Riz”