A place for poems, songs, rhymes, and traditions from around the world for both kids and grown-ups to enjoy!
Advertisement
Some Songs from the Slave Narratives from Texas
December 2nd, 2009

In the 1930’s, the US government did a series of interviews with former slaves. Project Gutenberg, just posted some of the interviews from Texas from 1936-1938. They’re called Slave Narratives. 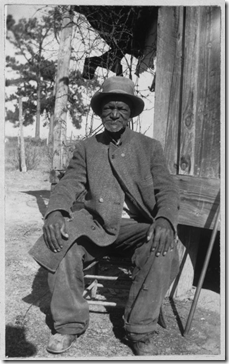 I pulled out some excerpts that revolved around songs that some of the former slaves remembered singing.  Some were kids songs, some dancing songs, and one, that appears to have been chanted, is for good luck for the New Years.

Below you’ll find a blurb about each person (written in the 1930’s) followed by an excerpt of their narrative.  If you’d like to read the whole Narrative you can go to the link above.

MADISON BRUIN, 92, spent his early days as a slave on the Curtis farm in the blue grass region of Kentucky, where he had some experience with some of the fine horses for which the state is famous. Here, too, he had certain contacts with soldiers of John Morgan, of Confederate fame. His eyes are keen and his voice mellow and low. His years have not taken a heavy toll of his vitality.

…Us boys have good time playin’. Us draw de line and some git on one side and some de other. Den one sing out.

Chickama, Chickama, craney crow,
Went to de well to wash my toe;
When I git back my chicken was gone,
What time, old witch?

Den somebody holler out, ‘One o’clock’ or ‘Two o’clock’ or any time, and dem on one side try to cotch dem on de other side.

When I’s young I didn’t mind plowin’, but I didn’t like to ride at fust, but dey make me larn anyhow. Course, dat white boy and me, us like most anything what not too much work. Us go down to de watermelon patch and plug dem melons, den us run hide in de woods and eat watermelon. Course, dey lots of time dey ‘low us to play jis’ by ourselves. Us play one game where us choose sides and den sing:

Can, can, candio,
Old man Dandio,
How many men you got?
More’n you’re able to cotch.

Endurin’ de war us git whip many a time for playin’ with shells what us find in de woods. Us heered de cannons shootin’ in Lexington and lots of dem shells drap in de woods… 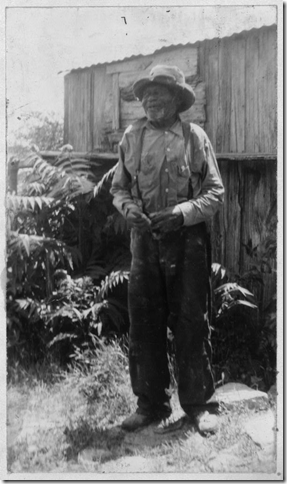 AMOS CLARK, 96, was born a slave of Robert Clark, in Washington County, Texas. After Amos was freed, he farmed near Belton, Texas. Amos now lives in Waco.

Dere was three hundred acres and more’n fifty slaves, and lots of work, clearin’ and buildin’ and plantin’. Some de cabins didn’t git no floor for two years. Jes’ quick as dey could, de men gits out clapboards for de walls and split puncheon slabs for floors and palin’s for fences.

Missis, she takes two de likelies’ young slaves and makes a garden, come spring. Somehow she git herself roses and posies and vegetables.

Dere warn’t no overseer. Marse Ed, he jes’ ride round on he big hoss and see to things. Us didn’t know nothin ’bout de war much, ’cause none us could read or write.

Dere was two fiddlers ‘mongst us, Jim Roseborough and Tom. Dey’d have de big barbecue for folks come from miles round, and coffee and chicken and turkey and dancin’ and fiddlin’ all night. Come daybreak, dey jes’ goin’ good. Us niggers dance back de quarters, and call

All eight balance and all eight swing,
All left allemond and right hand grand,
Meet your partner and prom’nade, eight,
Den march till you come straight.’

Two, three years after dat I marries Liza Smith. Us has four chillen and all dead ‘cept John, and he lives out west.

After freedom Old Marse say kill a yearlin’ and have de big dinner and dance. De young ones he told to scatter out and hunt work, not to steal and work hard. Some de oldes’ ones he give a cabin and a patch of land. He say de niggers what want to stay on and work for him can, iffen he make enough to feed dem. I stays with Marse Ed, but he give me a patch of twenty acres and a sorghum mill to make a livin’ on. Dat how I gits on my way after freedom.

I gits dat sorghum mill to workin’ good and works de Roseborough land and my patch, and raises corn and cotton and wheat. I was plumb good at farmin’. I allus had a piece or two of money in my pocket since I can ‘member, but now de old man’s too old. De gov’ment gives me seven or eight dollars a month and I has a few chickens and gits by, and de good white folks nigh by sees dat dis old boy don’t git cold. 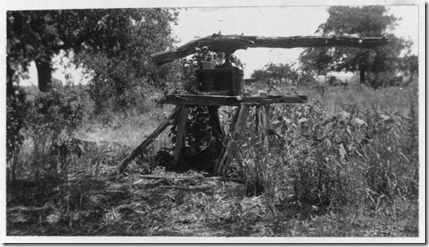 HARRIET COLLINS was born in Houston, Texas, in 1870. Her family had been slaves of Richard Coke, and remained with him many years after they were freed. Harriet recalls some incidents of Reconstruction days, and believes in the superstitions handed down to her from slave days.

Dere been some queer things white folks can’t understand. Dere am folkses can see de spirits, but I can’t. My mammy larned me a lots of doctorin’, what she larnt from old folkses from Africy, and some de Indians larnt her…

…Show de new moon money and you’ll have money all month. Throw her five kisses and show her money and make five wishes and you’ll git dem. Eat black-eyed peas on New Year and have luck all dat year: 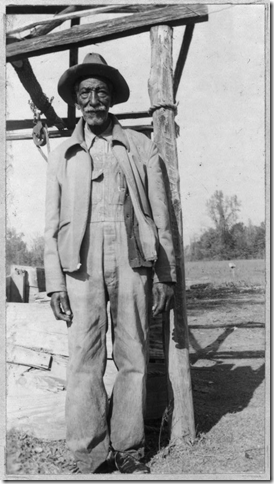 CAMPBELL DAVIS, 85, was born in Harrison Co., Texas, a slave of Henry Hood. He remained on the Hood place about three years after he was freed, then farmed in Louisiana. In 1873 he married and moved back to Harrison Co., where he farmed until old age forced him to stop. He now lives with his nephew, Billie Jenkins, near Karnack. Campbell receives a $12.00 per month old age pension.

De women am off Friday afternoon to wash clothes and all de hands git Saturday afternoon and mos’ de man go huntin’ or fishin’. Sometimes dey have parties Saturday night and couples git on de floor and have music of de fiddle and banjo. I only ‘members one ring play:

A couple of months ago I posted other songs from the Slave Narratives.  Those were from Virginia.  Check them out if you’re interested.  We also started a collection of Historical African American Kids Songs.  You can also hear some songs and Voices from the Days of Slavery at the Library of Congress.

This article was posted on Wednesday, December 2nd, 2009 at 1:38 pm and is filed under American Kids Songs, Children's Songs, Countries & Cultures, English, Games Around the World, Historical African American, Holiday Songs, Holidays Around the World, Languages, New Years, New Years Songs, People, Photos, Photos of People, Slavery Music, USA. You can follow any responses to this entry through the RSS 2.0 feed. You can skip to the end and leave a response. Pinging is currently not allowed.

One Response to “Some Songs from the Slave Narratives from Texas”