A place for poems, songs, rhymes, and traditions from around the world for both kids and grown-ups to enjoy!
Advertisement
Some Japanese Riddles for Kids with Explanations
July 13th, 2010 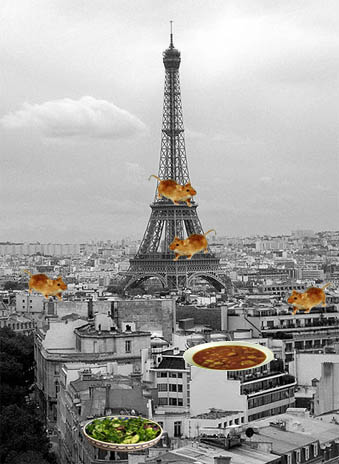 Ayako Egawa sent me some riddles from Japan which she translated into English. They’re all a play on words. Here’s what she wrote:

Hi Lisa, these are Japanese riddles. I intended to choose ones easy to understand for kids in America. But please let me know if you can understand my explanation!

1. What is it that four mice are eating?
ねずみが４匹で食べるものなーんだ？
Answer: Stew
Stew is pronounced, “Shichu” in Japanese.
Also, “shi” means four and mice say “chu” (for squeak) in Japanese. So the answer is “Shichu”, or stew in English.
The answer is "シチュー" in Japanese.

2. Where is the city that ice is broken?
氷が割 れたのどーこだ？
Answer: Paris.
In Japan, when ice or glass is crackling, it sounds like “Pari!”. Paris is pronounced “Pari”, too. We don’t pronounce the last “s”.
So the crackling “Pari!” and the city “Paris” is the same sound in Japan.
The answer is “Paris” in English.
The answer is "パリ" in Japanese.

Japanese riddles often end the sentences with that way.

I know it is difficult to understand if you donât know how to pronounce Japanese. But please let me know how you feel!

Thanks for sharing these with us Ayako. English riddles are often similar plays on words. I think it’s interesting see how Japanese riddles work!

This article was posted on Tuesday, July 13th, 2010 at 12:04 pm and is filed under Countries & Cultures, English, Japan, Japanese, Languages, Mama Lisa, Riddles. You can follow any responses to this entry through the RSS 2.0 feed. You can leave a response, or trackback from your own site.

2 Responses to “Some Japanese Riddles for Kids with Explanations”