A place for poems, songs, rhymes, and traditions from around the world for both kids and grown-ups to enjoy!
Advertisement
Peek-a-boo Game
October 17th, 2012 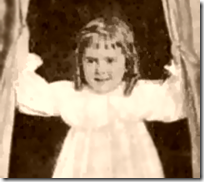 Many cultures have a Peek-a-boo Game that’s played with little kids.  First you hide the child’s face behind a cloth, a hand or another object.  Then you say "Peek-a-boo!"  Next you quickly take the object away from the child’s face and say, "I see you!"

A similar game called "Bo-peep" has been around since at least the 1500’s. (1)  In that game the child’s face is covered and when the object is removed the adult says, "Bo-peep!"

Slightly older children play Peek-a-boo by hiding themselves or their face (instead of the adult doing it).  It’s a big achievement for a child to be the one to initiate the game.

A Reader’s Question about Peek-a-boo:
We were asked by a reader about an old German version of the Peek-a-boo game.  Here’s what she wrote:

Does anyone on here know the old German version of Peek a boo. Sounds like ‘MU MU GEEKS’â¦ I remember my mother playing this with my children. On ‘geeks’ you showed your face… on ‘MU MU’ you cover your face with your hands… it could be ‘moo moo geeks’!

I found that they normally say "kuckuck" in German for "peek-a-boo".  That literally means "cuckoo".  In France they say "coucou" (cuckoo).

Here’s a video of the game in Frenchâ¦

If anyone knows anything about "moo moo geeks", please let us know in the comments below.  We’d also love to learn the phrases you use to play "peek-a-boo" in your language.

This article was posted on Wednesday, October 17th, 2012 at 3:07 pm and is filed under Countries & Cultures, England, English, Games Around the World, Germany, Languages, Peek-a-boo, Questions, Readers Questions, USA. You can follow any responses to this entry through the RSS 2.0 feed. You can skip to the end and leave a response. Pinging is currently not allowed.

One Response to “Peek-a-boo Game”