A place for poems, songs, rhymes, and traditions from around the world for both kids and grown-ups to enjoy!
Advertisement
Halloween in Japan and Japanese Yokai Monsters
October 31st, 2008

The Washington Post had an article today about monsters and Halloween in Japan.

Japanese people do dress up in costumes and celebrate the holiday with Halloween parties. Though they don’t go out trick-or-treating like the Americans do. 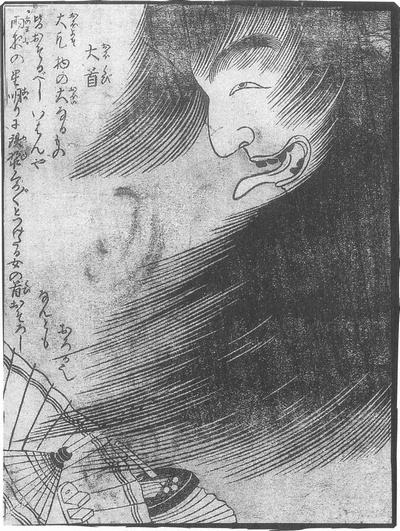 The oni are one of the best known yōkai. Oni are demons which are often depicted as fighting the samurai heroes. (Interestingly, they’re also an important part of the Japanese holiday called Setsubun. It celebrates Springtime on February 3rd. The tradition is to chase out the demon oni from your house. People chase away men disguised in demon masks, by throwing roasted soybeans at them.)

Another popular yōkai is the kappa. The kappa resembles a turtle and likes to challenge humans to sumo fights! But if you’re smart, you can outwit him, and get out of the dual.

Check out The Obakemono Project online to learn more about the different yōkai monsters.

1st image – Ōkubi by Toriyama Sekein c. 1779 (Ōkubi are Giant Heads of Men or Women that appear in the sky when a disaster is about to happen)
2nd image – Oni from the Cleveland Museum of Art
3rd image – Kappa by Toriyama Sekein in the 18th century (with a bit of editing by Mama Lisa).

This article was posted on Friday, October 31st, 2008 at 3:13 pm and is filed under Arts and Crafts, Countries & Cultures, Customs and Traditions, Folk Lore, Halloween, Holidays Around the World, Japan, Japanese, Languages, Mama Lisa, Setsubun, USA, Yokai. You can follow any responses to this entry through the RSS 2.0 feed. You can skip to the end and leave a response. Pinging is currently not allowed.