A place for poems, songs, rhymes, and traditions from around the world for both kids and grown-ups to enjoy!
Advertisement
Ayase Lullaby
May 9th, 2013 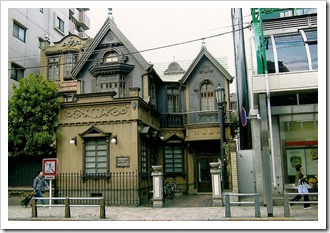 Jeff Gilpin sent this lullaby with the following note, "Here is a song I wrote after visiting my wife’s sister in Ayase which is outside of Tokyo, Japan. I think it is very kid friendly and I hope you like it add it to your list of children songs. It is called Ayase Lullaby. Here are the lyrics with the chords [in brackets]." 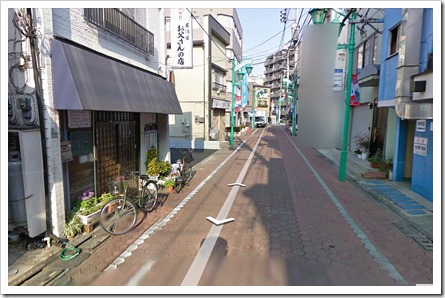 Here’s what Jeff wrote about the photos: "Here is a picture (top of page) of an old house that is in Ayase. I believe we took it because it seemed out of place with all the other modern buildings.  The other picture (above) I captured from a Google Map image of Ayase. Just a normal street shot of one of the small streets typical of Japan’s more urban areas."

Many thanks to Jeff Gilpin for sharing his song with the recording and photos!

This article was posted on Thursday, May 9th, 2013 at 12:15 pm and is filed under Countries & Cultures, English, Japan, Languages, Lullabies, MP3's, MP3's, Recordings, Recordings of Songs, USA. You can follow any responses to this entry through the RSS 2.0 feed. You can skip to the end and leave a response. Pinging is currently not allowed.