This is the chorus of a song that was originally part of a German operetta called Das Glühwürmchen. It became popular in English in the USA when it was sung by the Mills Brothers in 1952. 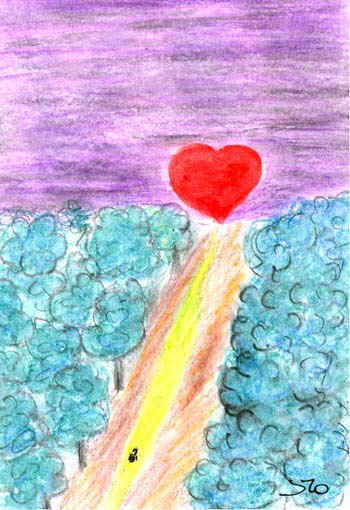 "'Das Glühwürmchen' (click link for German version with translation), known in English as 'The Glow-Worm', is a song from Paul Lincke's 1902 operetta Lysistrata, with German lyrics by Heinz Bolten-Backers… The song, with its familiar chorus, was translated into English and became an American popular song… It was originally translated into English by Lilla Cayley Robinson, in the early 20th century… American lyricist Johnny Mercer later expanded and greatly revised Robinson's lyrics, for the 1952 recording by the Mills Brothers… Probably the best-known recording of the song." –Wikipedia

Robinson's English translation (circa 1905) includes the chorus above plus these two verses:

When the night falls silently,
The night falls silently on forests dreaming,
Lovers wander forth to see,
They wander forth to see the bright stars gleaming.
And lest they should lose their way,
Lest they should lose their way, the glow-worms nightly
Light their tiny lanterns gay,
Their tiny lanterns gay and twinkle brightly.
Here and there and everywhere, from mossy dell and hollow,
Floating, gliding through the air, they call on us to follow.