There's a French version of this song here.

At the Blind Man's Bluff

At the Blind Man's Bluff

*"Tiroluret /turoluret" is the Occitan onomatopoeia for the sound made by a wind instrument (especially the flute or the like).

The song can also be found as "Au cluquet".

*It can be an explosion noise or a fart.

*Milhàs is a dish made with corn flower that's cooked and then fried. It can be eaten as a side dish or as a dessert if sweetened.

Translation (from the French translation given by the author):

*You can find the instructions in #3 in the Game Instructions below. It seems that in this case, the song was used as a choosing song to play hide-and-seek, the kid whose finger was caught was "It". The French translation of the title as "au cligneur" shows that it was about hide-and-seek because "cligner" means "to close one's eyes" and the one who was "It" kept their eyes closed when counting while the other kids were trying to find a hiding place.

1. With a Young Child: The adult holds his or her hand upwards as if it's a shell. The child hits his or her forefinger repeatedly in the adult's hand to the rhythm of the song. At the end, the adult closes his or her fingers to imprison the child's finger (who should be quick enough in turn to avoid it).

3. As a Choosing Song: Like above #2 but the one whose finger is caught is "It".

4. Blind Man's Bluff: Children walk in a circle around a blindfolded child (previously chosen). At the end of the song, everyone stops, the child in the center tries to touch someone and guess their name.

This recording includes the version above and the versions in the Song Notes.

Thanks to Monique Palomares for the recording! 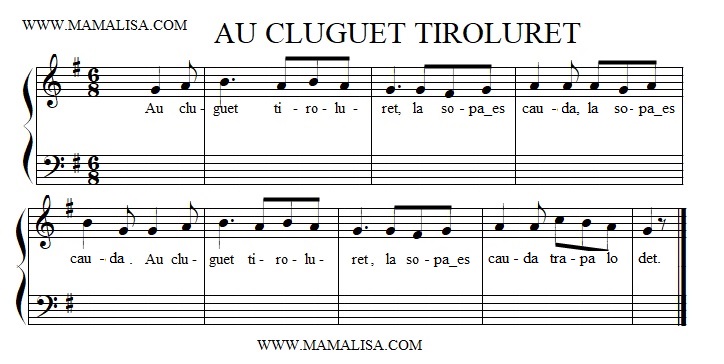 Many thanks to Monique Palomares for sharing this song with the translations and commentary. Many thanks to Marion Ségissement for the illustrations.