This song comes from Murray Island, which is called Mer in the Meriam language.

This is danced to while sitting down cross-legged. It's called a "sit-down" dance. You can learn how to dance to "Taba Naba" below.

Then move in a way to show your style!

It seems possible that the Wiggles version with Christine Anu (her mother is a native of Torres Strait Islands, from the island of Saibai) added "Style!" to the end of the song.

*****
This song was also called "Naba Naba". According to the book, "Landscapes of Indigenous Performance: Music, Song and Dance of the Torres Strait Islands and Arnhem Land" (2005) by Fiona Magowan and Karl Neuenfeldt, this song may have its origins in an American song from 1903 called, "Navajo" by Egbert Van Alstyne and Harry B. Williams. It's possible that military personal from the Torres Straits Islands picked up the song during WW2 when they spent time with westerners.

Two well-known recordings of this song are by The Mills Sisters and the Wiggles with Christine Anu. The Mills sisters said the song is traditional.

Sit on the floor crossed legged throughout the song. 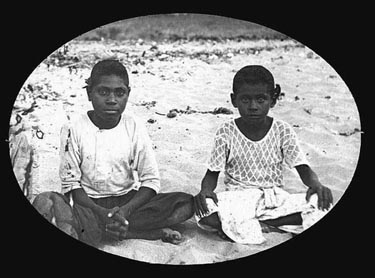 This is Anthony Field from the Wiggles singing the song with Christine Anu. They add the line, "Style!" to the end of the lyrics above. Then they show their style!

Please let us know if you think this video has been taken down by YouTube.
Thanks!
"Tana Naba" is the first song in the video below.