A place for poems, songs, rhymes, and traditions from around the world for both kids and grown-ups to enjoy!
Advertisement
Early Picture Sheets in France and Germany
July 24th, 2011

Recently I wrote about Early Picture Sheets which were one page sheets with images on them that were popular in the 19th century.  They were used to teach kids to draw.  In Europe, they had similar pictures sheets, though sometimes they were used for different purposes.

In France, these early picture sheets were called, "Les images d’Ãpinal".  They were first made in the 15th century.  Their purpose was to illustrate songs, stories, etc., mainly for illiterate people.  According to French wikipedia, their subject varied, but they were basically about religion, history, the military, war, riddles and images taken from popular novels.  Here you can see an "image d’Ãpinal" of the story of Cinderella… 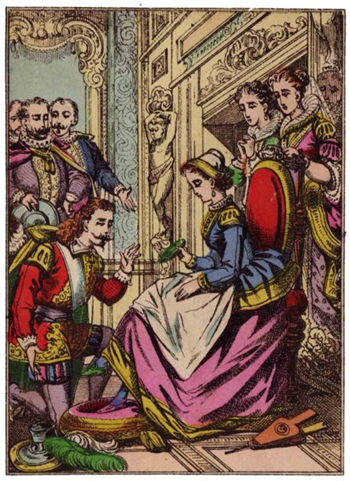 Many of the French Picture Sheets contained visual riddles like the one below found in Les devinettes d’Epinal.  The caption is, "The animals escaped from the zoo, where is the bear?" Can you see it? 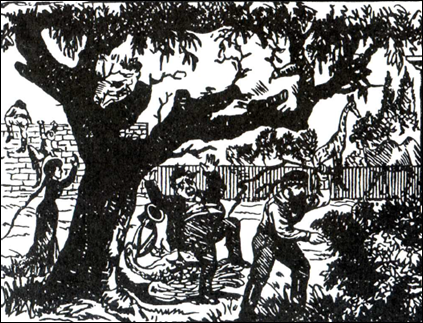 In German, these picture sheets are called Bilderbogen.  According to German wiipedia, the German picture sheets depicted landscapes, rulers with their families, pictures of saints, sayings, house blessings, cut-outs for kids, current events (wars, weddings natural disasters, etc).  In the latter example, they can be seen as the forerunner of illustrated newspapers. 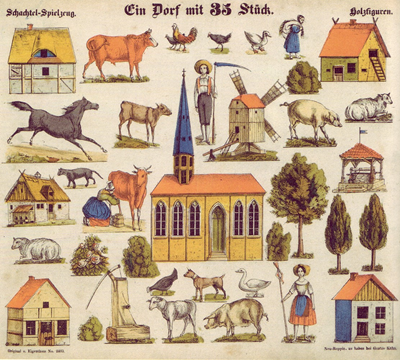 Monique wrote from France, "It also seems that though bilderbogen ‘translates’ to French as ‘images d’Ãpinal’, they didn’t illustrate exactly the same topics.  There don’t seem to be riddles in Germany.

The expression image d’Ãpinal has become proverbial in French and refers to an emphatically traditionalist and naÃ¯ve depiction of something, showing only its good aspects."

Monique Palomares was the co-writer of this article.  Monique works with me on the Spanish and French versions of Mama Lisa’s World.

This article was posted on Sunday, July 24th, 2011 at 12:54 pm and is filed under Arts and Crafts, Countries & Cultures, France, Germany, Illustrations, Picture Sheets. You can follow any responses to this entry through the RSS 2.0 feed. You can skip to the end and leave a response. Pinging is currently not allowed.